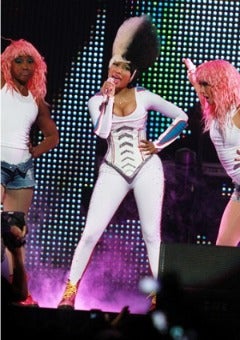 Calling all Nicki Minaj fans: more “Pink Fridays” are on the way. The self-proclaimed Harajuku Barbie said she plans to reveal details about her second album by the end of the summer….

In other Nicki news, the rapper recently released a new single “Super Bass” with its music video set to arrive next week. Videos for “Did It On’em” and “Fly,” her collaboration with Rihanna, are also set for release.