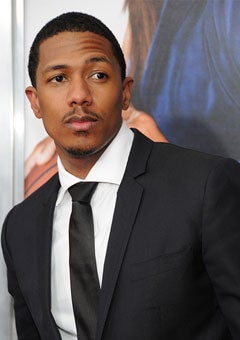 Just two weeks after Mariah Carey and Nick Cannon welcomed twins Monroe and Moroccan Scott to the world, tabloids are going to great lengths to snag photos of “dem babies.” Adding to the hype, the blogosphere has been worked up into a frenzy about a social worker who was sent to the hospital to investigate allegations of alcohol and drug use, but Cannon explains that it was all a misunderstanding.

A nurse suggested that Mariah have a little dark beer to help produce breast milk. “I guess someone maybe overheard that, and (thought) this is a good way to make a quick buck, or call the tabloids,” Cannon said in a CNN interview with Piers Morgan. “It’s kind of sad that people think that (they will) make money off these newborns.”

However, Cannon revealed the world may not have to wait too much longer to see “dem babies” as he understands he and wife Mariah need to keep their privacy while giving the public what they’re craving.

“I don’t want to put pictures out there, but then when you think about the fact that, you know, you’re going to have photographers and people going to these lengths to get pictures, it gets a little scary. So you have to figure out a way, like, all right, we got to give the public what they want. But then at the same time, you have to do it in a classy way, in a way that doesn’t seem like we are out there parading our children out,” said Cannon.

Check out one of Cannon’s CNN interviews below where he explains what happened in full detail.