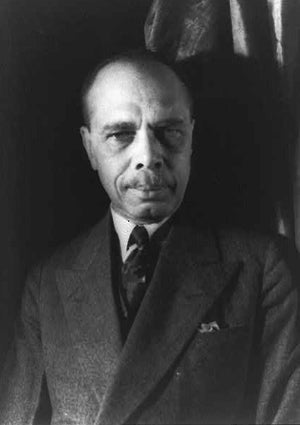 Despite its empowering lyrics, Professor Timothy Askew sees a different message in the Black national anthem,  “Lift Every Voice and Sing,” written by poet James Weldon Johnson. Askew, an Associate Professor of English at Clark University in Atlanta, recently told CNN that he loves the song, but its label as the “Black national anthem” makes him feel “tension and confusion.” After researching the spiritual as a Yale graduate student, Askew decided that the song’s “national anthem” label spurs separatism rather than unity. He goes on to say that eliminating the song’s “Black” label would promote racial cohesiveness and a victorious message for all ethnic groups, not just African-Americans. “To sing the ‘Black national anthem’ suggests that Black people are separatist and want to have their own nation,” said Askew to CNN. “This means that everything Martin Luther King Jr. believed about being one nation gets thrown out the window.” And that’s exactly where he lost me. While “Lift Every Voice and Sing” conveys a hopeful message many relate to, the song was birthed under the oppression of Black people in segregated America. It’s a song derived from a poem written by James Weldon Johnson, a Black poet, in 1900. In 1920, the NAACP, then chiefly a Black organization, adopted the song as “The Negro National Anthem.” And a chorus of 500 Black children first performed the song during a celebration of Abraham Lincoln’s birthday in Jacksonville, Florida. The song sprang into churches throughout the country and became a staple tune of the Civil Rights Movement. Even Johnson himself swelled with staggering pride at the song’s celebration of Black struggle and triumph. In tears, he scrawled the anthem’s final words, then admitted, “I knew that, in the [last] stanza, the American Negro was historically, and spiritually immanent; and I decided to let it stand as it was written. ” So yes, although the song doesn’t literally reference ethnicity, it was written to preserve the spirit and culture of Black people. What better way to uphold Johnson’s mission than through a Black national anthem? And how does honoring this historical linkage promote separatism? In reading Askew’s comments, I was immediately reminded of the same double-edged “Black” versus “American,” “them” versus “us” paradigms folks loves to carve out for people of color. Being a proud Black person, means being a disgruntled American. Hitting a high-note in “Lift Every Voice and Sing,” means a stiffened upper-lip during the Star-Spangled Banner. It simply does not have to be this way. Askew’s perspective on the anthem bears all the rotten fruits of a man who clearly misunderstood the complexity of his own race: celebrating your heritage does not make you separatist or un-American. It just makes you proud. Maya Angelou sang the Black National anthem at her eighth grade graduation and had a teary-eyed realization. “I was no longer a member of the proud graduating class,” writes Angelou in her 1969 memoir, “I Know Why the Caged Bird Sing.” “I was a member of the proud, graduating, negro race.” In 1990, singer Melba Moore released a modern rendition of the song, which she recorded with artists including Anita Baker, Stephanie Mills, Dionne Warwick, Bobby Brown, Stevie Wonder and Howard Hewett. And Joseph Lowery, civil rights icon and minister, referenced a “God of our weary years, God of our silent tears” during an impassioned benediction for President Obama’s inauguration. The song was honored in congress and remains powerful not because it excludes but uplifts. “Lift Every Voice and Sing” is a constant reminder of our stalwart perseverance and that Black history, no matter how fraught, is part of the American narrative.