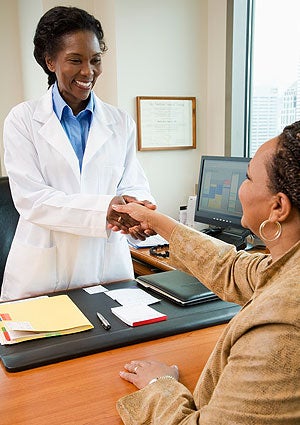 Recently, The American College of Obstetrics and Gynecologists released their report recommending women get fewer pap smears than previously advised.

The report, released in the wake of the controversial U.S. Preventive Services Task Force recommendation that women start screening for breast cancer at 50 as opposed to 40, received less press but for African-American women, the importance of pap smears is still critical.

Pap smears aid in early detection of cervical cancer, and African-American women’s mortality rate from it is 50% higher than all other groups of women according to the American Cancer Society. One of the primary reasons this detectable and curable cancer affects African-American women at higher rates, according to a University of Michigan School of Nursing study, is due to less frequent screenings.

The American Cancer Society recommends the following to make sure you receive the proper tests and screenings:

Talk to your doctor.
Together you can see which plan of approach is right for you.

Understand the test.
The Pap smear is different from the annual pelvic exam and has its own set of risk factors.

Start screening now, if you haven’t already.
All women should begin cervical cancer testing (screening) 3 years after they start having sex (vaginal intercourse). A woman who waits until she is over 18 to have sex should start screening no later than age 21.

Keep getting tested.
Women 70 years of age or older who have had 3 or more normal Pap tests in a row and no abnormal Pap test results in the last 10 years may choose to stop having cervical cancer testing.