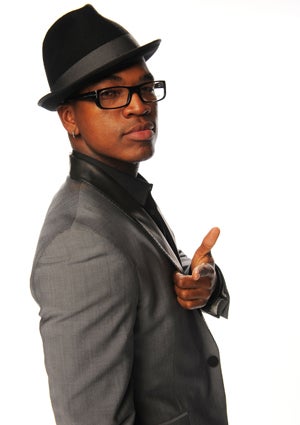 Last Tuesday night, singer/songwriter phenom Ne-Yo held a live chat on ESSENCE.com to speak directly to his fans about his upcoming album “Libra Scale.” (Read the transcript here.) Today, we caught up with Ne-Yo to speak about the sci-fi story he wrote on which the album is based — and asked how he finds balance in his life and why you rarely see him on magazine covers. ESSENCE.com: What was your creative inspiration for “Libra Scale”? NE-YO: It is made up of a few components. Firstly, boredom! I was bored with the concept of just doing another compilation of songs. I wanted to do something with a lil’ more creative edge to it. Secondly, the late great Michael Jackson. Looking back on what he did for entertainment as a whole was a key inspiration and motivation to push the envelope a lil’ bit. Thirdly, my geeky side. I’ve been a fan of sci-fi, comic books and kung-fu films for longer than I can remember. This album allowed me to bring this side of me to the forefront, and due to my current positioning career-wise, do it with no fear. ESSENCE.com: What is the story line for “Libra Scale”? Give us the beginning… NE-YO: The story of “Libra Scale” follows an average joe garbage man named Jerome and his two buddies, Clyde and Leroy. The three guys, when not busting their butts working their crummy 9 to 9, regularly sit around and talk about what each of them would do if they had money, power and fame. Opportunity knocks one night when a being from the stars named Numinous comes to the guys with the promise of the money, power and fame they’ve always wanted, under one condition; they have to agree to become superheroes and protect the city from an unknown evil that’s on its way to the planet with the potential to destroy it. The guys reluctantly agree and now must live their lives by a strict set of rules, the most important being — no falling in love. Time passes and the guys are getting everything they always dreamed of, when Jerome gets something he didn’t bargain for — an instant infatuation with a young woman by the name of Pretti Sinclair. Jerome’s intense feelings for Pretti grow over time and cause him to throw responsibility to the wind and break the rules, resulting in utter catastrophe. Ultimately, Jerome is forced to choose. Weighed on a Libra’s scale, is it love, or money, power and fame? ESSENCE.com: Why did you take this approach to making an album? NE-YO: I did it for the sake of entertainment. Nobody really does concepts anymore, thus the music, the visual, the whole nine is just bland. Call this album seasoning salt for the entertainment pallet. ESSENCE.com: How do you describe your sound and lyrical characteristics? NE-YO: Melody and meaning. My melody is the most important part of my music, next to my lyrical content. Melodies that stick, and lyrics that mean something even if the song itself isn’t meant to be that deep and meaningful. Even club records can have some depth. ESSENCE.com: What is the definition of a Libra? NE-YO: I’m not sure what the definition of a Libra is, in that I rarely hear the same definition twice. The one part of the multiple definitions I’ve heard that is constant is our unending search for balance. That holds some absolute truth in my case. It’s an ongoing effort, but one certainly worthy of the difficulty. ESSENCE.com: How do you find balance in your life? In your art? NE-YO: Finding balance in my life isn’t easy, but it isn’t necessarily deathly difficult, ether. Mine stints from keeping my normality. I’ve never been an attention hog, never been a troublemaker, never been a divo… why start now? What, because people are watching? No thanks. I want people to look at me for what I give them to look at: my art, my music, my creativity. My personal life is not for display. I don’t ask you about who you take to your bed at night or what happens when you get there, so what makes you feel that you have the right to know that about me, or the right to even ask? I love my fans, I love being an artist, but I’m a person first. And just like all people, there are some elements of my life that are just none of your damn business (smile). I feel that this way of thinking and living is why you rarely see me in magazines and have almost never seen me on a cover. Because my life is lived for me to be happy, not for them to have something controversial to write about and for you to read. My entertainment is for you… my life is for me. Love ya to death tho!