When I close my eyes (yes, like that old Shanice slow bop) I see a vision: delusional, detached White executives who don’t know nothing ’bout nothing legitimately shocked about the bombastic failure that is Megyn Kelly’s tenure at NBC thus far.

One can’t help but chuckle at the thought of such ignorance. Anyone with sense knew that her news magazine show, Sunday Night with Megyn Kelly, was doomed from the start. The FOX prime time special that preceded it, Megyn Kelly presents, was not a ratings winner, and that show, much like her NBC News program, highlighted how limited Kelly’s capabilities are outside of arousing old White racist people with her knack for feeding them the racial paranoia they have an insatiable appetite for.

With one flop already under her belt, it appears that NBC execs are nervous as all hell about the fate of her forthcoming morning show set to launch on September 25. That show, Megyn Kelly Today, is replacing the Today’s show previous third hour block of programming, which was titled Today’s Take and hosted by Tamron Hall and Al Roker.

The Daily Beast is now reporting that NBC insiders are now questioning that decision.

Indeed, Lloyd Grove notes that “some NBC insiders are expressing doubts, and even worries, about the network news division’s plan to scrap a reliable long-running program in order to morph the former Fox News anchor and Donald Trump nemesis into an accessible, female-friendly personality for an ethnically diverse daytime viewership.” Grove goes on to quote a “veteran daytime television impresario” who notes that the time period Kelly is entering “is not only heavily female but from 25 to 30 percent African American and Latino.” 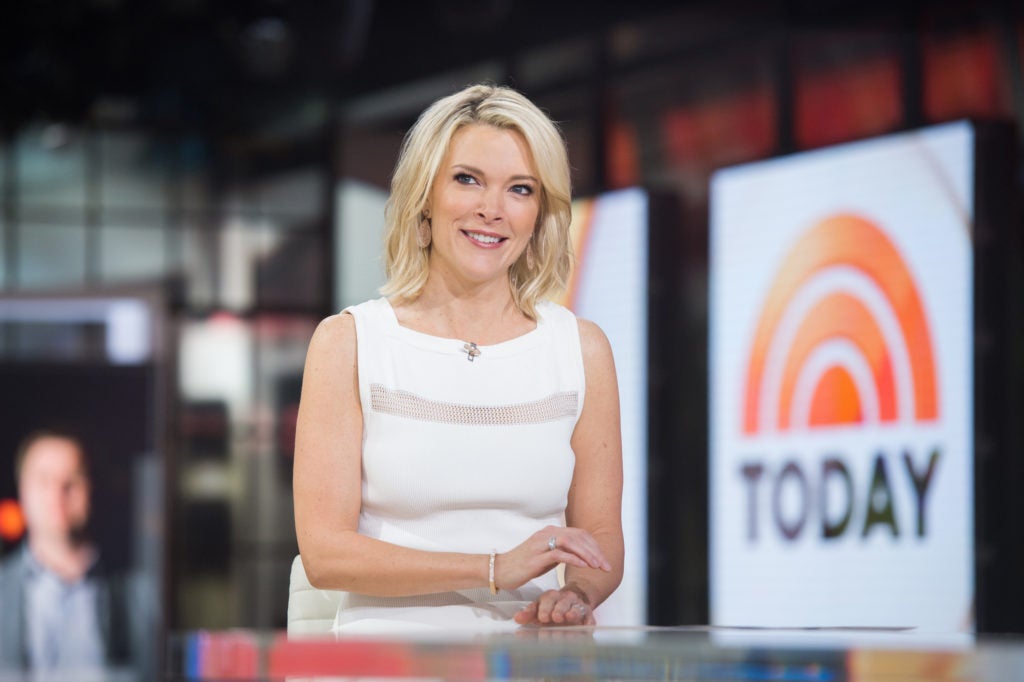 In other words, Kelly’s stories about the race of Santa Clause and Jesus, nor her disastrous interviews with walking waste dumps like Alex Jones aren’t exactly going to lure in what will already be highly skeptical audiences. No one wants to start their morning with racial antagonism, unless you’re a viewer of Fox and Friends like that Sunkist-can colored White supremacist sympathizer in the ultra White House. Still, NBC has been trying to familiarize Kelly with Today’s audience, featuring her in segments in which she hikes into the wilderness with her husband and their young children. Someone else can give them an A for effort on that front, but unless Kelly miraculously becomes a different person in less than four weeks, she will likely fail miserably.

Megyn Kelly is not good at conveying the sort of humility and warmth you expect from morning TV hosts. Nor is she able to convey levity like Kelly Ripa. She is certainty not as alluring as Wendy Williams. She is not fun like Hoda Kotb and Kathie Lee Gifford. And to be quite clear, she does not know how to mix lightheartedness and seriousness the way Tamron Hall does. The same can be said of Robin Roberts, Savannah Guthrie, and Gayle King.

No, Megyn Kelly is smug and condescending. She is argumentative. She is antagonistic. Even if I hate what she did during her time at Fox News, I can acknowledge that Megyn Kelly has been very good at what she does. However, what works for a Fox News audience does not work for a daytime TV audience. That is not to say Megyn Kelly is incapable of adapting, but she has not done the work to be successful. Daytime TV is a prime place for failure because it calls on all those who enter it to be their true selves.

If Megyn Kelly could be forthright about what she did at Fox News and acknowledge the divisiveness of her work there, maybe, just maybe, she would have a chance at successfully launching a daytime TV show. But she hasn’t. And she won’t. She doesn’t think she did anything wrong, or at the very least, won’t dare shed her veneer and admit so. She literally just wants to run herself through a bunch of filters and pretend nothing before this year ever happened.

It doesn’t work that way, though. In daytime TV, there are certain types of personas doomed for disaster: phonies. Megyn Kelly is a phony. Worst, she is a phony who doesn’t even bother to be exceptional. She deserves this next failure as do the White TV execs who looked at the election’s results and decided that they needed to become whiter.

NBC should have never replaced Tamron Hall and Al Roker with Megyn Kelly. Thankfully, though, since Hall’s exit, the now former NBC and MSNBC news anchor has since signed a deal with Weinstein Television to develop her own daytime talk show. Hall is in a much better position to launch a daytime talk show than Kelly is.

Life can be unfair, but it often finds a way to make sure certain people reap what they’ve sown.