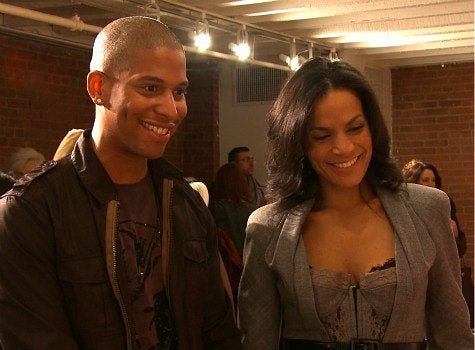 Tonight the Sundance Channel will premiere its new docu-series, “Girls Who Like Boys Who Like Boys.” The show chronicles the relationship between four real-life “Will & Graces” — straight women and their gay besties… Although catchy, the title and the premise both slightly fail the show as it is about more than sexuality and is more than a reality show version of the hit sitcom. Instead, “Girls Who Like Boys,” is about relationships, time tested friendships and our ability to lean on those closest to us when life presents its challenges. In true Sundance Channel form, they have taken what could have easily been a salacious, campy ride and woven a very compelling, cerebral, yet entertaining series. I could be a bit biased because I, along with my producing partner and dear friend, Crystal McCrary Anthony star on the show. However, I do honestly believe that Sundance Channel has elevated the premise to a series that transcends each character’s sexuality and goes to the core of these unique relationships. I wanted to speak with my co-star, Crystal, about the show, our relationship and why she thinks homosexuality should be a non-issue in modern discussions. Crystal is the epitome of what ESSENCE stands for – an educated, successful, sophisticated mother of two who also has style and grace. So, she is the perfect person to have this discussion with. Here’s our little chat! For more, check out “Girls Who Like Boys” every Tuesday at 10pm on Sundance Channel. Check your local cable guide for more channel information. Also, launching tomorrow is “GBF: Girl’s Best Friend,” my new weekly column on Essence.com. NATHAN WILLIAMS: Can you tell the story of how we were chosen to be a part of “Girls Who Like Boys”? CRYSTAL MCCRARY ANTHONY: We were eating at a restaurant in Hell’s Kitchen and two men were at the table next to us and were eavesdropping on our conversation. It turns out they were in New York City trying to scout people to be on the show. That chance meeting began the process of us ultimately being selected. NATHAN: What do you think makes the relationship between a straight woman and a gay man special? CRYSTAL: You are just special to me, gay or not. What is special about our relationship is not attributable to your sexual orientation, rather it is a mutual respect and openness we have with each other as friends and business partners. NATHAN: Do you think everyone should have a gay best friend (GBF)? CRYSTAL: Everyone should be so lucky! NATHAN: In both of your novels and in your film, “Dirty Laundry” there is at least one main character that is gay. How did that come to be? CRYSTAL: I could never create a fictional world (or produce one) that was not representative of the real people I interact with on a daily basis. I grew up in downtown Detroit and my early childhood was like living in the United Nations community with every religion, race, ethnicity and sexual orientation represented. So having a “gay” character in any of my work is not a novelty for me. Rather, it’s a reality of the world I grew up in and live in now. NATHAN: Homophobia is still prevalent in the Black community. What’s your position on this issue? CRYSTAL: Get over it, get on with living. NATHAN: How is it balancing work and friendship? CRYSTAL: Balancing work and friendship is just that: a “balancing act” that requires a great deal of communication, compromise and honesty. Being in a business with a friend, as I have discovered over the years can be (especially with success) the most exhilarating experience one can ever have. It can also be one of the most complicated. When you work with a true friend, it is always more than a purely business relationship because when tough situations arise, they are between someone you actually care about and these work challenges can get sticky, tricky and emotionally charged. Of course, that’s where the importance of constant dialogue comes into play. Also, having a thick skin in these relationships is incredibly valuable. NATHAN: What inspires you to do the work that you do? CRYSTAL: God, my children, my parents, my family, my friends, and every peculiar nook and cranny of this complex world that I navigate. Catch Nathan Williams and Crystal McCrary Anthony on “Girls Who Like Boys Who Like Boys” tonight at 10pm EST on the Sundance Channel.
Loading the player...