Photo by Cortez McGhee.
By Brittney Oliver · Updated October 23, 2020
When Detroit-native Tiffany Brown decided to pursue a degree in architecture, it was a career pathway shrouded in mystery. She was still in high school and that particular vocation didn’t land on her radar until a guest speaker discussed it during her senior year. Like so many children growing up in the inner-city, Brown wasn’t initially exposed to a vast knowledge of potential job options. Now she’s on track to becoming one of 452 licensed black women architects in the United States and part of the 0.3 percent of Black women in this space.  Despite that stark statistic, Brown aims to change the number of Black women in the field with her program 400 Forward. In August 2017, the 400th living Black woman became a licensed architect, and ever since Brown has strived to add 400 more to the roster. As she reflects on the significance of her heritage, Brown shares how architecture has come full circle for her and how she’s now paying it forward. 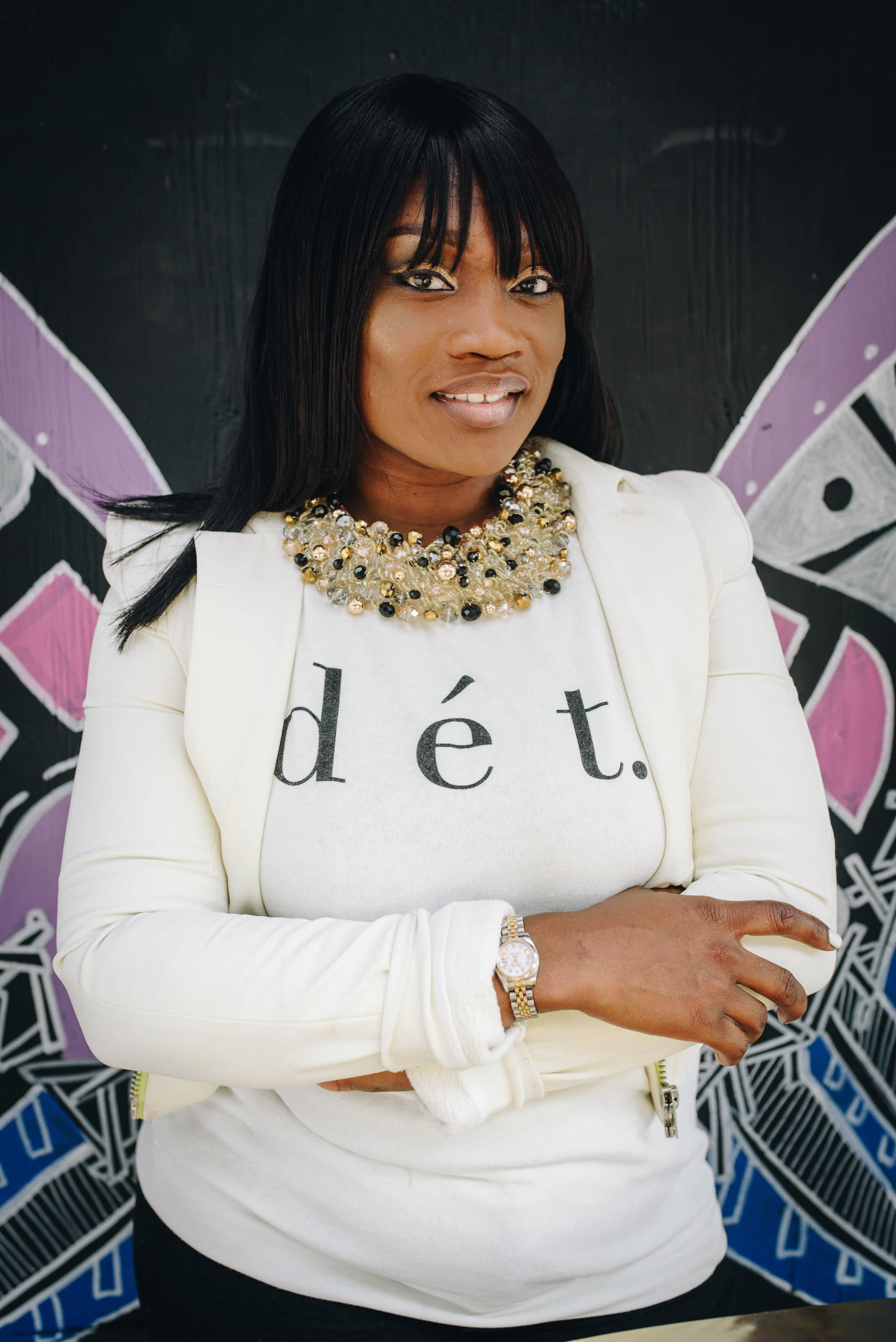 A recent work trip to Washington, D.C. led the designer to Richmond, Virginia to work on a project involving a former slave jail and next to it a slave burial ground. Brown and her team met with community members to brainstorm options for building a museum or community center in this area known as the Lumpkin’s complex. Richmond was the second largest American slave trading post, but up until this trip, Brown did not have any known familial relations to the area. However, she felt connected to this particular worksite and spent hours looking through the slave burial ground. During this time, Brown was also curious to learn more about her family and soon after sent her DNA to Ancestry.com. After the results came back, she discovered that her African ancestors were shipped straight to Richmond during the slave trade before making their way to other parts of the South. “I would never have been there if it weren’t for architecture. I would never have gone to Richmond. I would never be researching and finding out that I have a third great grandfather who was born in Richmond, Virginia, five years after slavery ended,” she says. Brown’s journey into her ancestral heritage is just one of the many experiences that fuels her desire to create diversity and inclusion within architecture for Black women. Just as Brown’s ancestors paved the way for her, she’s using her journey to create access. “Even though there aren’t a lot of faces that looked like mine in our field, I try to be the face that I was looking for in my career. I feel like that’s what my calling is, and so for me, seeking out the next 400 African American women architects, I’m standing on the shoulders, of the ones’ that exists today, which means the world to me,” Brown says. Although Brown eventually entered college as a first-generation college student, she was unprepared for the rigorous coursework. Unlike some of her classmates, she did not have parents who could help her financially through college. “Growing up the way I did gave me the tough skin that I needed to make it in this White male-dominated field of architecture and construction,” she explains. Ten years after graduating high school, Brown—who grew up in public housing— found herself working with the Detroit Housing Commission. It was a full circle moment when she began working on the vacant lot where her childhood home once stood. The city was demolishing several public housing developments during that time, and she continued to work on many projects like it including the Frederick Douglass Homes where Diana Ross and other Motown greats grew up. In time, she noticed the lack of Black faces in the rooms which were making decisions on what to do with these spaces. This lead Brown to narrow her focus and energy on the creation of opportunities for other Black women in the field. “I’m sitting there at a table with people who would not live there, who will not send their kids to these schools that they’re building and they were making decisions about materials and spaces and things that will affect the [community]. [They] shouldn’t be designing these spaces. So at that minute, I was like, okay, I have to do something,” she explains. One of her solutions was to create opportunities for the next 400 Black women in architecture. “I started 400 Forward to mentor and provided support and seek out the next group of girls to become architects and even expose them to urban design and engineering,” she says. Brown won the 2017 Knight Arts Challenge grant that allows her to work with the John S. and James L. Knight Foundation to “create innovative programming, support, provide scholarships and financial assistance that girls need from inner cities to achieve their dreams.”  To learn more about the 400 Forward project click here.

Protecting Your Mental Health When Caring For A Loved One Wi...