By Kimberly Wilson · Updated October 23, 2020
If you’ve never heard of Melissa Bradley, it’s time to get woke. With more than 20 years of entrepreneurship, investment and leadership experience, Bradley has been continuously committed to serving founders of color for quite some time. We wouldn’t be exaggerating if we said she’s done it all — as a Presidential Appointee under Presidents Clinton and Obama — and also, in the private sector at Sallie Mae, CIT GAP Funds and UBS. A serial entrepreneur, she’s also launched several social enterprises as well — both for-profit and nonprofit. Now, her company, 1863 Ventures (previously Project 500) is bridging entrepreneurship and racial equity to accelerate new majority entrepreneurs from high potential to high growth. Started in 2016, her company’s focus is to scale historically marginalized businesses in the region to increase job creation, small business investment and asset development for low-income communities. Her first priority? Black women entrepreneurs. Through a partnership with the Ford Motor Company Fund, Bradley’s 1863 Ventures recently hosted Washington D.C.’s first ever HERImpact DC Entrepreneurship Summit, leading into their Enterprise Pitch Competition in March of 2019. 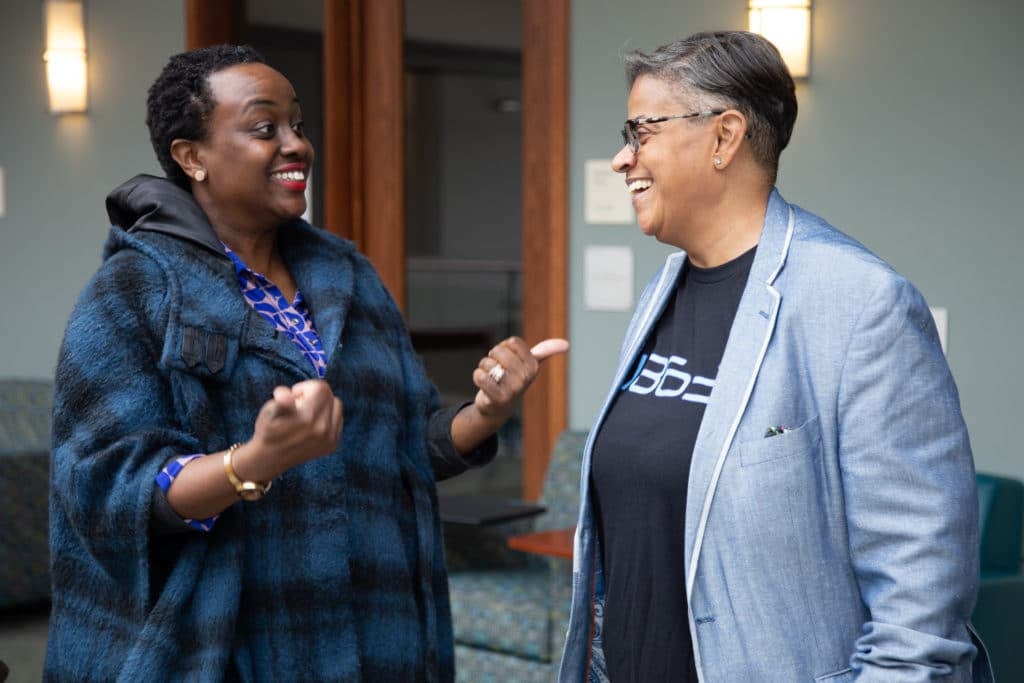 We spoke with Bradley to discuss Washington D.C. as a thriving technology hub, how she’s already helped over 500 entrepreneurs, and what’s next for 1863. ESSENCE: What inspired you to create 1863 Ventures? Melissa Bradley: We started in the summer of 2015. We did a conference, similar to HerImpact DC, east of the river (Washington D.C.) to see if there was interest amongst entrepreneurs of color. And there were about 107 people who came two days in a row. We also had a pitch competition, and it was great. So people started to say, “what are you gonna do now?” So we canvassed and did a landscape of what was happening in the city and realized there was a tremendous amount happening for entrepreneurs. But only at a micro level. There was nothing for companies who up and running trying to be million dollar companies. Trying to employ people. So we made a bet with the city that if they would stop doing all this micro stuff and we could find 500 scalable businesses in three years, then they would change their policy. And we found over 500 in 18 months. We found 545 companies doing $267 million dollars of business a year in D.C. creating 3,000 jobs. From there we realized there was a real opportunity. And realized the policy tide was not going to change. It’s a lot easier to give out thousands than it is to give out hundreds of thousands. So we shifted the name because we already served 500 — to 1863. Recognizing 1863 as the year of the emancipation proclamation and as the new majority, as we call it. Washington D.C.’s entrepreneurial ecosystem is often overlooked in the startup space. The spotlight is always focused on Silicon Valley, obviously, but even Atlanta and New York. But there’s a lot of great stuff happening in D.C. There is an amazing ecosystem in D.C. and I think we’re overlooked because people know us as a federal city, because the federal government sits here. They know us as the D.C. which used to be the murder capital of the world. But because people have phased out, retired and there’s been a reduction in force of government jobs, there has been a survivalist move where many people have become entrepreneurs. You’ve also got Georgetown University and Howard University, which has been creating opportunity and spaces for entrepreneurs. And we have a rise of work spaces including WeWork. So I think it’s coming together. But it’s amazing because it’s not well funded or well supported. The summit is the kick off of a nine-month initiative letting people know the opportunity exists. And then the remaining time is to really support and provide programming in preparation for the pitch competition coming up in March. The Ford Fund made a commitment of two years. So we will do this for two years. What’s the legacy that you want to leave behind with 1863 Ventures? I want to leave behind as many African American, Latino millionaires as possible. And not just because it’s about the money. But the reality is that the economy changes as politics change. And in a capitalist society one of the ways that we’re guaranteed to have our footing is to have access to capital. So if we are able to build businesses, whether they’re venture-backed or not, and ultimately have them create jobs and multiply the effect, that’s how I define wealth for our community. There is not a single entrepreneur that doesn’t come through our program who doesn’t say I’m not doing this for me, I’m doing this for my community.
TOPICS:  Black Entrepreneurs Melissa Bradley