With so much going on in the world, we need as much good news as possible. And entertainment mogul-in-the-making Karen Civil is consistently making the world better with her community service projects. She recently hosted the first ever Live Civil Basketball Camp in her hometown of Elizabeth, New Jersey. As a part of Live Civil Day 2017, Civil and Adidas celebrated local youth with the first community basketball tournament with host Mouse Jones. Fellow Jersey native and San Antonio Spurs player Kyle Anderson joined the tournament to coach the students. The 100 kids also received personalized gifts including Adidas basketball uniforms, sneakers, book bags, Beats by Dre Power Beats and Gatorade for a month. Civil shares her journey in giving and how each woman can find her philanthropy footing. 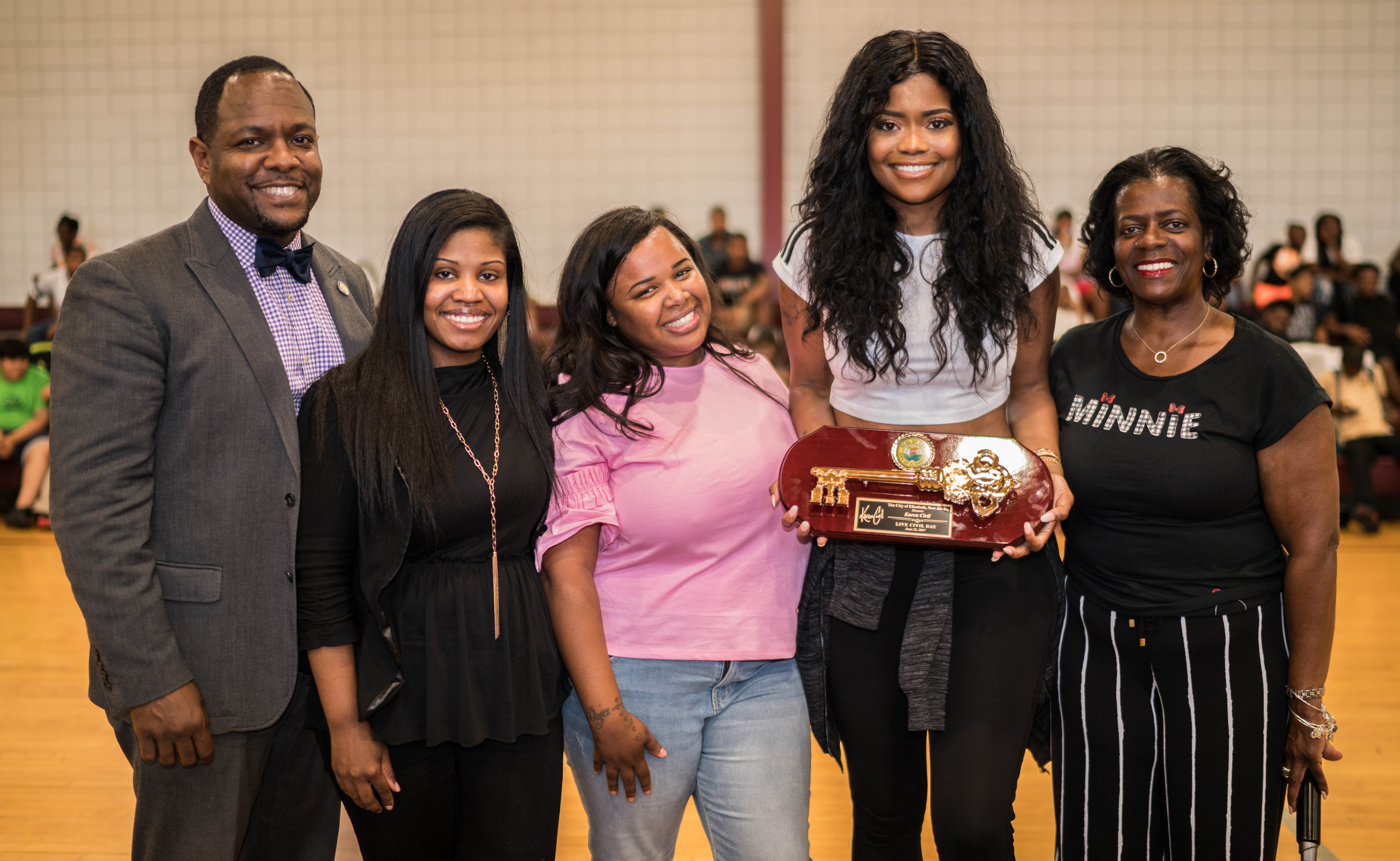 How service helps you: Giving back has definitely kept me grounded. Stepping outside of yourself to serve a group or community of people who are in need in some facet has a way of doing that. I don’t ever want to grow to a place where giving back becomes a foreign concept. I believe that God has blessed me in immeasurable ways so that I can, in return, bless and help others.

Staying inspired: I was born to Haitian parents and the idea of giving back is really just apart of our culture. So, I don’t think there was ever a moment that I questioned my call to philanthropy, but I can say that the more I’ve grown the bigger that call has become. One of my most memorable moments serving the community was after I built the Live Civil Playground in Haiti and I visited an orphanage and gave away shoes to all the kids. I also sat with them and helped them design their shoes. The smiles on their faces were priceless. We also opened the Live Civil computer lab to aid in STEM advancements. Not only is it important to put a smile on kid’s faces through tangible items like a playground and shoes, but also invest in their education.

The secret to philanthropy: Just start! People tend to wait until they reach some far off goal to give back and it doesn’t take all of that. You can start right now with what you have. And it doesn’t have to be money either; it can be as simple as a donation of your time and talent. Maybe you and some friends organize a trash pick up on your street or maybe you decide to volunteer at your local women’s shelter. Whatever it is, your intent to give makes the world that much better. We think it takes some huge, self-sacrificing act and it doesn’t, it just takes you caring to give to someone outside of yourself.