This past weekend, Google teamed up with a handful of organizations dedicated to encouraging young women to pursue career opportunities in the fast-growing tech industry as part of their Made with Code initiative.

Girls between the ages of 13 and 18 from the participating organizations gathered at New York City’s Sugar Plum restaurant for an interactive luncheon on Saturday afternoon, where they heard from several women who have found success in tech-related careers. Google lead researcher and proud Haitian-American Nancy Douyon was among the women who shared her inspiring background with the group. “I started coding when I was 12 years old,” she said, noting that she was nearly the same age as many of the young girls present when she first began to take an interest in the specialized skill set. “I started teaching women how to code and that’s literally what leveraged me into the career that I’m in today.” 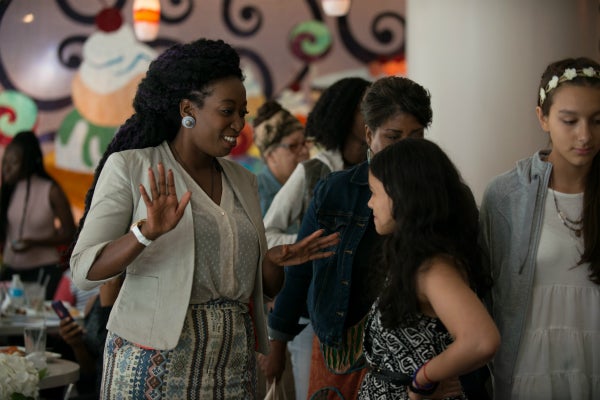 A trailblazer in her own right, Douyon’s remarkable journey to becoming a sought-after name in the tech industry is truly one to be admired.

Several organizations affiliated with the Made with Code program participated in the event, including Black Girls Rock!, Black Girls Code and Girls Inc. Brooklyn eighth graders Kristen and Asaol were excited to be a part of the day and thankful to Girls Inc for providing them with an alternative to the normal after school programs. “I wanted to try something new,” Kristen told ESSENCE. “It teaches us how to be ourselves and love one another, in addition to learning how to code,” she said of the organization. 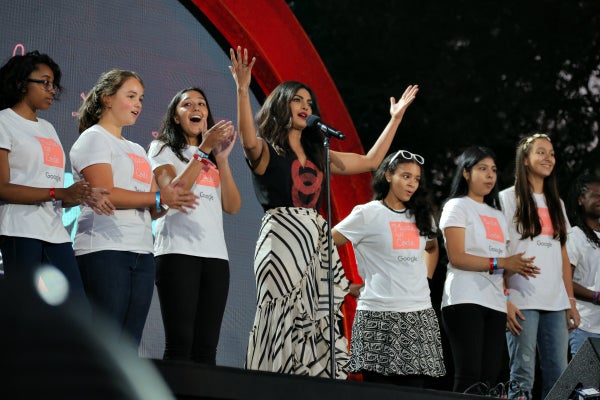 Following the luncheon, the girls headed over to the highly-anticipated 2016 Global Citizen Festival in Central Park for the VIP concert experience, courtesy of Google. Made with Code teamed up with the GCF this year to allow millions of young women from around the country the opportunity to code their own original designs that were later displayed on the screen during a performance by festival favorite Ellie Goulding. Ellie’s memorable performance was introduced by Quantico star and philanthropist Priyanka Chopra, who was joined on stage by twelve smiling young faces from the Made With Code movement as she launched an empowering call to action.

Why Are You Feeling So Anxious These Days?

'Middle Children Are The Most Misunderstood': What It's Real...