By Rachaell Davis · Updated October 23, 2020
The 2018 ColorComm Conference was all about successful and rising women of color coming together to uplift, educate and learn from each other. In celebration of the conference’s 5th year anniversary, hundreds of returning and first-time attendees gathered at the Ritz-Carlton Kapalua Resort on the beautiful island of Maui for a week full of enlightening panel conversations, targeted networking events and of course, plenty of fun in the welcoming Hawaiian sun. Among the many highlights of the weekend was Tuesday night’s Hawaiian Luau. Hosted by partnering ColorComm Conference sponsor Toyota, the lavish yet laid-back dinner party gave attendees a chance to experience several facets of Hawaiian tradition in a single setting. The keynote speaker for the evening was author, media personality and civil rights attorney, Areva Martin, whose affirming words centered around the importance of successful women helping to foster success among other women on the rise— a theme that remained present throughout the weekend programming. To drive her point home, Martin first spoke highly of Alva Mason—Toyota’s Senior Director of Multicultural Business Alliance and Strategy for Toyota Motor, North American. A proud sponsor of ColorComm, Mason and Toyota said in a statement that they chose to align with the conference because “the founder had the vision to fill a void and bring together women of color in communications to network, learn from each and create a bond.” 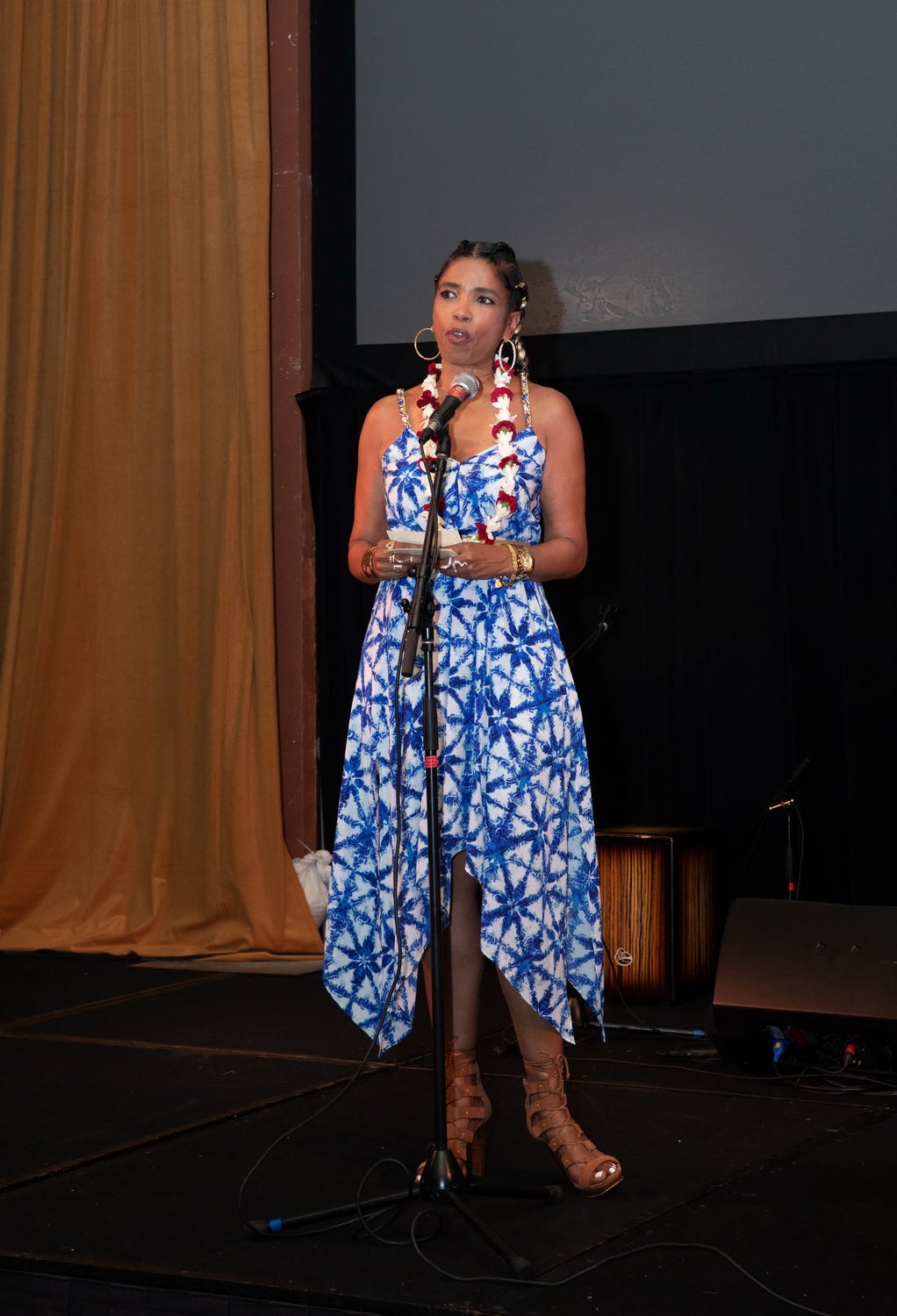 “In addition to being an amazing corporate executive —talented, skilled, powerful–she really epitomizes what we think of, and what we should think of, when we think about women in leadership,” Martin said of Mason. “So, this is my message tonight to all of you: If you are not doing something in your position to help other women get ahead, please go back to your respective jobs and do so, immediately. Because all of us stand on the shoulders of some very powerful women who were willing to make sacrifices so that each and every one of us could have the opportunities that we have today. And Alva is that woman. She not only supports conferences like CololrComm, but whenever she has the opportunity to support other women, she does so.” A dedicated mother and outspoken activist, Martin also noted her appreciation for the decrease in women who hold other women back and the increase in those who are realizing the strength in coming together. “And we can all think of women in our circles who are leading the way, but if we’re honest, we can also think of those women who don’t do so much,” Martin continued. “Those women who see other women struggling, see them trying to get that promotion, trying to make that next move, trying to accomplish a goal, and rather than supporting them and lifting them up, they’re the naysayers. But, when I think about the #MeToo movement and the #TimesUp movement and all the things that are happening around the country, I know that that’s changing.” She closed with a final message that encouraged the ColorComm audience to remain committed to being a helpful resource for other women and continue the cycle of reciprocation that helped propel them to success. “I’ve had an opportunity to travel with my book, Make It Rain, to about 12 different cities and in all of these cities, I’ve met amazing women who are changing the narrative,” she added. “Who are saying, “It’s not OK to not support other women. That era is a far gone, bygone era. And in this era of #MeToo and #TimesUp, it’s not just about eradicating sexual harassment, it’s about embracing our power. And when we embrace our power, it’s about making sure that when we get to the top floor, that we’re sending the elevator back down, that we’re lifting up other women and encouraging and supporting other women.” — ColorComm was founded in 2011 by former PR maven, Lauren Wesley Wilson, who created the organization in an effort to increase the number of women of color holding senior positions in the communications industry by creating a thriving network where established and aspiring communications professionals could connect.