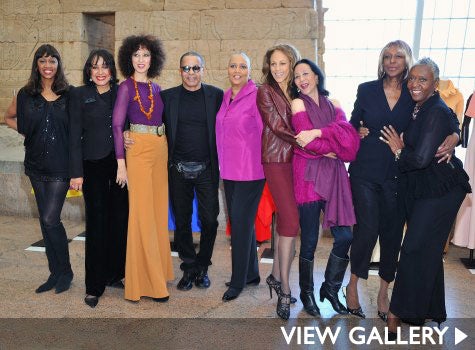 Imagine, a fashion show starring all the hottest Black models of the moment, at Paris’ Versailles no less, before an audience of movie stars, royals, and jetsetters. No, it’s not some glittering fashion fantasy — it actually happened, one legendary night, back in 1973…

To drum up publicity for the aging Palace du Versailles, ten top French and American designers staged a fashion face-off — with the American designers using only Black models. When catwalk queens like Pat Cleveland, Alva Chinn and Bethanne Hardison swanned down the catwalk, the audience (which included Princess Grace and Liza Minnelli) rose to its feet, Black models became instantly chic, and American fashion was officially on the map.

On Monday, two of the show’s American designers, Steven Burrows and Oscar de la Renta co-hosted a luncheon to pay tribute to the ten women of color who changed the game at the Grand Divertissement a Versailles. Here, some of the most memorable moments of the star-studded afternoon.