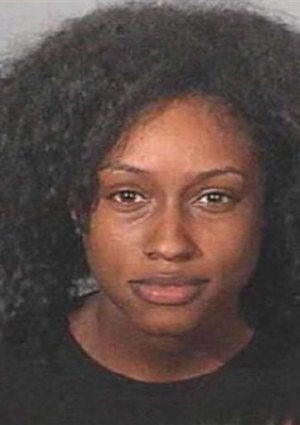 The skeletal remains of 24-year-old Mitrice Richardson were found in a remote area of Malibu, California, reports CNN. Richardson disappeared after being released from a remote sheriff’s station in Malibu nearly a year ago, where the Cal State Fullerton graduate had earlier been booked on charges that she failed to pay an $89 bill for a meal at a local restaurant. The police towed Richardson’s car with her cell phone inside it and later released her into the Malibu Hills with no access to a phone or public transport for the next six hours. Richardson’s family says she suffered from mental illness and was in no condition to defend herself in the hills. “Based on my daughter’s mental condition that night, she wasn’t able to fend for herself,” said her father, Michael Richardson. “Mel Gibson gets driven to his car, and Charlie Sheen gets taken to his house.” Some are questining why the L.A. Country Sherrif’s Department did not give Richardson a mental evaluation or keep her at the station until a relative came to pick her up. The department says deputies acted “properly,” but could have done more. Her father is now asking for the removal of Sheriff Lee Baca.
Loading the player...