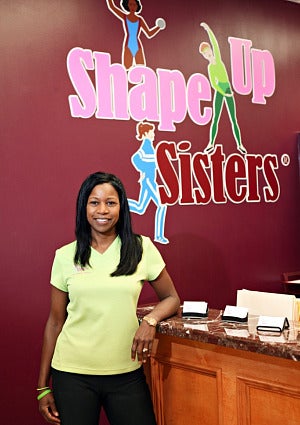 Professional boxers might revel in a heavyweight title, but Vicksburg, Mississippi resident Linda Fondren, 54, is fighting to get the label as far away from her home state as possible. She is on a mission to get Mississippi to lose the heavyweight designation and go from fattest state to fittest state in the nation. With her “Shape Up Vicksburg” initiative, Fondren is on a mission to get the city’s residents to lose 17,000 pounds in 17 weeks by providing free exercise classes, healthy eating workshops and health screenings. “Vicksburg has a population of about 50,000 and two-thirds of them are overweight or obese,” says Fondren. “That’s 32,000 people in one community. Alarming. I know that my community wants to do better, they do but they just don’t know where to start or what to do.” Indeed, over 600 people showed up to one of Fondren’s first “Shape Up Vicksburg” events held at the Vicksburg City Auditorium. Fondren, who owns a gym called Shape Up Sisters, also opened her doors to offer free exercise classes on Saturdays. Twice during the week, trainers from her gym also teach free classes at the city auditorium, giving residents who don’t have enough money to join a gym a chance to attend free exercise classes three times a week, through to the “Shape Up Vicksburg” initiative. Inspired by the death of an older sister from cancer six years ago, Fondren opened her gym, Shape Up Sisters. “Cancer took her life but obesity restricted her from living it,” she says. “Her last words to me were ‘Linda I wish I had lived my life more for myself.'” It was her sister’s words and a “love for the community,” that made Fondren approach schools and churches to help spread the word about her initiative. “I went out into the community because I am a believer that it takes a community to bring about awareness of this issue,” she says. “If people can’t come to us, we have to go to them until they’re able to come to us.” Thanks to a great reception from her community, Fondren is now extending the 17-week challenge–which was meant to end on February 14th–to an indefinite amount of time. “I’ve learned it takes more than 17 weeks to get the information out there.” She’s also learned not to mince her words when it comes to educating her community about the perils of obesity. “This needs to be a wake-up call for our African American community to say, ‘Listen, this is a life or death situation.’ I don’t want to be soft about it. Harsh words are necessary because we are sedentary and we have this habit of thinking that it is fine, when it really isn’t.”