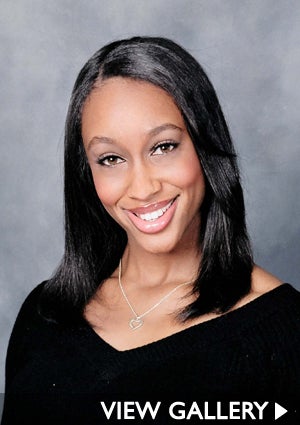 What happened to Mitrice Richardson? That’s the question many are asking after the missing 24-year-old’s skull and bones were discovered last week in a Malibu Canyon ravine. Richardson vanished after she was released from a sheriff’s station in California after failing to pay her bill at a Malibu restaurant last September. It had been a harrowing day for Mitrice. The staff at Geoffrey’s Malibu seaside restaurant asked police to take her into custody after he said she told them “faith” would take care of her bill. Once in police custody, officers examining the 24-year-old concluded Richardson wasn’t drunk, dangerous or mentally ill and released her into the late-night without identification, a phone, a purse or a car. Her mother, Latice Sutton, explains her daughter was struggling with bipolar disorder.   In an exclusive interview with ESSENCE.com, Sutton talks about her daughter’s mental illness, the importance of the Black community addressing mental health issues, her hope for law officials and how she will continue to seek justice for Mitrice, even after her death. On Los Angeles County Sheriff’s deputies releasing Mitrice during early hours in rural Malibu without a car, cell phone or purse: LATICE SUTTON: “I can’t tell you what that did to me to hear that she’s been released. And, to find out the next day that my daughter is missing. That hurt me so bad. I had to take it to a spiritual level at that point. I was like, ‘Lord, what are you trying to tell me here. What is your will? What’s going on?’ Because this makes no sense to me. When I think about how much my daughter has achieved, and was in line to achieve, and to see that we are here. I just couldn’t compute it.” On her plea with the sheriff’s deputies to keep Mitrice: SUTTON: “When my daughter was in route to the Sheriffs’ station. I asked, ‘Are you going to keep her?’ And [the officer] goes on to say something to the effect of ‘ma’am she will be safe here.’ I said, ‘That’s not what I am worried about. I’m not worried about her in your care and custody. I am worried about you releasing her. I don’t want to wake up and she’s been released and her head is chopped off.'” On Mitrice’s mental state: SUTTON: “I knew she was in a mental crisis when they told me she was out there talking about she was from Mars, and she sat with a group of strangers and just started engaging them in conversation talking about her mother is Mother Earth, and she doesn’t have natural parents. Just talking crazy. Right away, I knew something was wrong with her and this is out of character for her. But she was never afforded the opportunity to be diagnosed bipolar, but she had all the signs pointing toward it. ” On what she thinks law enforcement should know: SUTTON: “Our first responders need to be able to get us the assistance that we need because law enforcement is not just there to enforce the law. They are also there to protect and serve us. And if they are being told by witnesses that someone is acting crazy; speaking in gibberish and you are seeing this person acting in a peculiar manner, and you know that they are not intoxicated, then you have a duty to get them some help.” On her call for change with nighttime releases: SUTTON: “There has to be a change with nighttime release. No one, male or female, mental health issues or no mental health issues should be released in a remote area when the city shuts down at 9pm. Unless someone is there to pick them up or they know the person is safe. That’s absolutely absurd that they released her in the middle of the night. This should never happen again to anyone.” On remembering Mitrice: SUTTON: “As we move forward to focus on the issues that we are faced with because of Mitrice’s tragedy, I want to bring more awareness to the struggles we face as far as mental illnesses. So many people are afraid to come forward when they are noticing signs of mental illnesses and they don’t seek help. We need to make sure that law enforcement is trained to handle people with disabilities including mental health issues. And that they must be mandated to get them the proper professional caretakers that are in a position to evaluate and make a determination based on their actions. Those are the areas that Mitrice Richardson, my baby will be remembered for, because I am going to do all I can to bring awareness, attention and change to those key areas.”
Loading the player...