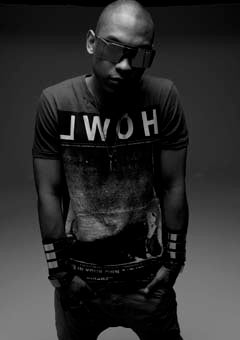 Miguel is handsome, boasts a sexy tenor voice and has a knack for peering deep into our souls with those eyes. Now his “Sure Thing” single is burning up our playlist, and he’ll be performing live during the ESSENCE Music Festival in July — got tickets? The California native chatted with ESSENCE.com about his success, Prince comparisons and those bedroom eyes… ESSENCE.com: Congratulations on the success of your single “Sure Thing,” are you surprised? MIGUEL: I don’t ever expect [things like this] you just hope for the best. I always thought ‘Sure Thing’ was special and it’d gotten so much attention on MySpace that it’s actually the song that got me signed. It’s had such a huge effect on my life, so watching it be it’s own thing as a single as well is dope. I’m excited! ESSENCE.com: What’s next for you? MIGUEL: In the next month and a half, we’re releasing two singles simultaneously. One is called “Girls Like” and it’s faster than “Sure Thing” and “All I Want Is You” but it’s not considered uptempo. We’ve got about four singles ready to release. It’s actually a huge debate every time we’re ready for another single. ESSENCE.com: Do you practice a ‘sexy eye’ look in the mirror at home because you’ve got it down … MIGUEL: I don’t know that I have a sexy eye to practice. I’m humble, so there’s no sexy eye on purpose. ESSENCE.com: Speaking of sexy, some have compared your performance style to Prince. What do you think? MIGUEL: I think they’re crazy! Have they ever seen Prince perform? I have so much respect for Prince, he’s one of my favorite artists and I put him on such a pedestal. He’s the quintessential artist. My idea of him is so big that I would never put myself in the same place. But if I remind people of greatness, then that’s great but I still feel like I have a long way to go … and I don’t think 3-inch heels do anything for my calves. ESSENCE.com: What will you be bringing to the ESSENCE Music Festival Super Lounge stage? MIGUEL: I pride myself on creating personal moments on stage. The Super Lounge is intimate since it’s not the main stage, so I’ll be able to connect with the audience. I’d ask people to expect a personal moment with me and my band, that’s what makes live music special … and I’m always ready to have panties thrown at me.