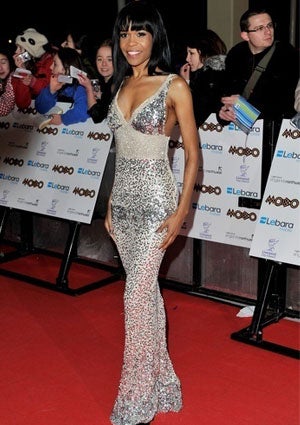 Michelle Williams does it all. The former member of Destiny’s Child can sing, dance and act (probably all at once, too). In 2003, Michelle made her acting debut in the Broadway production of “Aida,” and what followed was a string of shows including “Chicago” and “The Color Purple…”

Williams, who says former bandmates Kelly and Beyonce have seen every show she’s done, is now on tour as the leading lady in “What My Husband Doesn’t Know,” a play written by renowned playwright David E. Talbert. She spoke with ESSENCE.com about being back on the stage and whether or not we’ll ever see a Destiny’s Child reunion.

ESSENCE.com: Tell us about “What My Husband Doesn’t Know.”
MICHELLE WILLIAMS: I play the leading lady role of Lena Summer, a stay-at-home mom who raised her child up through college. Her husband has a very successful construction business in Chicago. So he’s always away. She starts feeling a little neglected, gets tired and ends up having an affair. [The husband] is busy building everyone else’s home and forgot to build his own home. Well actually, he did build it but he didn’t maintain it.

ESSENCE.com: Are there other themes in the play as well?
WILLAMS: Yes, there are themes of restoration, redemption and there’s also laughing and confessions. I think many women can identify with my character because so many are stay at home wives whose husbands are holding it down. They’re at home and their husbands are always gone.

ESSENCE.com: What do you like about doing theatre?
WILLIAMS: It’s a different form of expression for me. It’s almost therapeutic. For every play that I’ve participated in there’s been something in the script that was healing for me. Something that touches on what I’m going on through at that moment. It’s kind of weird.

ESSENCE.com: What’s more taxing: night after night of Broadway shows or concerts?
WILLIAMS: I’ve done a lot of touring but this tour wears me out. I have a lot of wardrobe changes that require me to change in 20 seconds. It wears me out from a physical standpoint, and mentally as well. I have to go from being comedic, to dramatic, to romantic and back to dramatic. So the end of the show physically and mentally drains me. And then the scenes I play with Brian White, the man I have the affair with, are so intense.