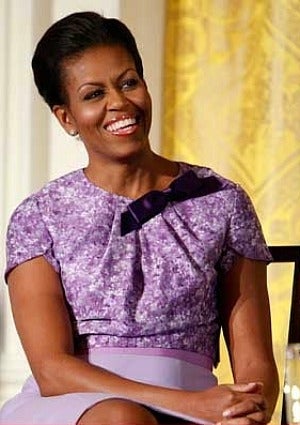 We’ve already seen the best of Michelle Obama on Oprah and now the phenomenal First Lady will sit-down for a chat with Gayle King. She’ll appear on OWN’s “Gayle King Show” on April 19…

Mrs. Obama will appear on the show with Dr. Jill Biden to discuss issues involving military families. The two will discuss their recent Joining Forces Initiative, a national initiative to help military families with education, employment, and wellness.

A week after her talk with King, FLOTUS and her husband, President Barack Obama, will tape their first joint interview on “The Oprah Winfrey Show” since 2006. It will air on May 2 just before Winfrey’s show ends at the end of the month.

Be sure to catch Michelle Obama with Gayle King Tuesday at 10 am ET/PT.