By Sydney Scott · Updated December 6, 2020
Michelle Obama, rocking her natural curls for the very first time, is the new cover star of ESSENCE’s December/January issue. Our Forever First Lady dishes on her happiest days in the White House, balancing a career and family, and shares advice on how to find your own Barack Obama. 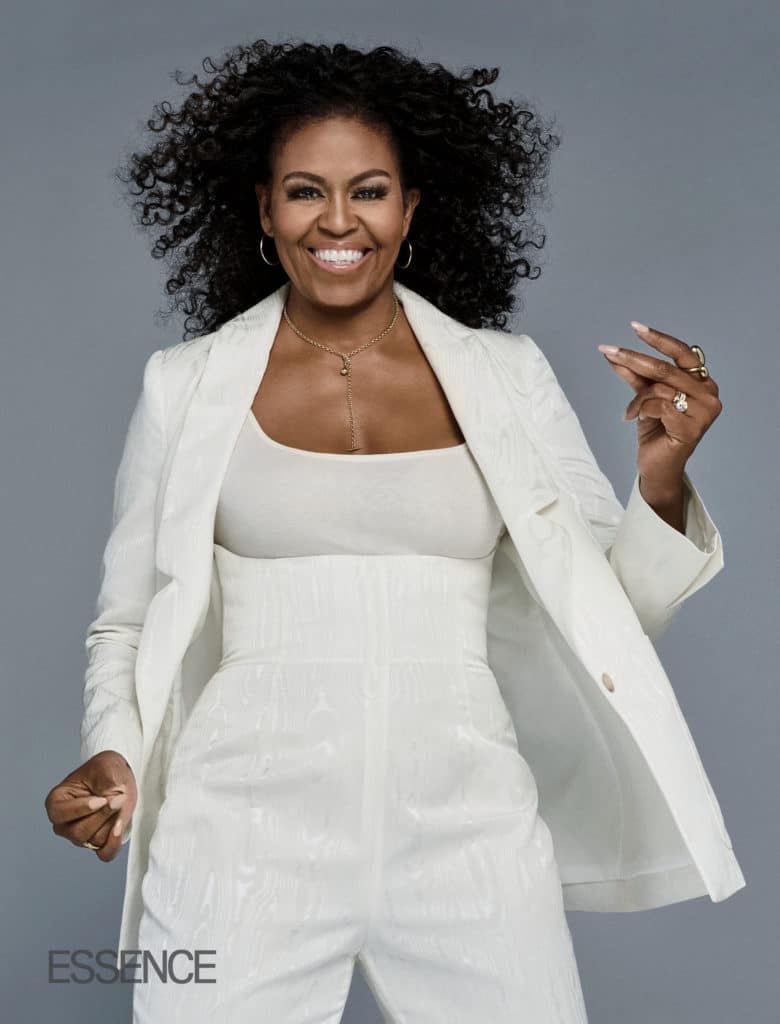 The former president and first lady have always been #relationshipgoals and Obama says that’s because Barack showed her who he was outside of their relationship. “From our very first conversations, he showed me that he wasn’t afraid to express his fears and doubts, or that he might not have all the answers,” Obama told ESSENCE. “Just as important, I saw who he was not only in the way he treated me but in the way he interacted with others outside of our relationship. He showed me that he respected women by the way he treated his mother, his sisters, and his grandmother.”
Loading the player...
Obama noted that people often don’t really have an idea of what they’re looking for in a partner, focusing on material things instead of a partner who is a fully formed individual. Listing Barack’s compassion and desire to “fight for folks who didn’t have much power,” Obama added, “These were all things I learned long before we were married. It was all on display when we dated: he was consistent, he was honest, he was respectful, and he was secure in himself and secure in us. He hasn’t been perfect, but those things have never wavered.” Pick up the latest issue of ESSENCE to read more from our interview, including Obama’s White House confessions and an exclusive excerpt from her new book, Becoming Michelle Obama.