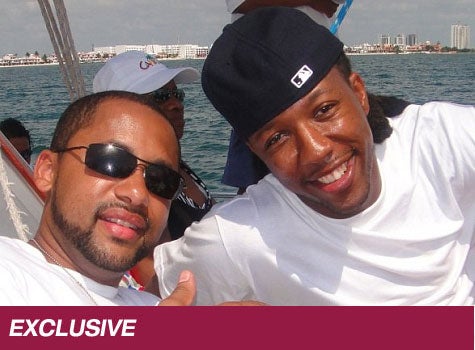 The night before Michael Muchioki and Nia Haqq were murdered, Muchioki jokingly told his best friend of 10 years, Kenneth Simpson: “Just tell my story.” Simpson, a Bridge Engineer for New Jersey Transit, is now doing what his friend requested: telling his story. I have know Michael Muchioki for 10 years. We first met in college at the New Jersey Institute of Technology (NJIT). Over the years, Mike and I would develop a friendship that could never be broken. We would talk about everything from relationships to politics and any other topics. Mike was never short on words so our conversations lasted for hours. Whenever Mike and I would travel to a new place–like in the above photo, we were in Cancun, Mexico–we would jokingly say, “Just tell my story.” The time has come for me to do just that. The night of the engagement gathering was perfect. I was tasked with organizing the dinner and helping out with the after-party. The dinner was small with a select group of people. The party later that night was for as many friends who wanted to celebrate and congratulate the newly engaged couple. Once the party started, all you could see was smiles and laughs. A lot socializing and picture snapping went on all night. Toward the middle of the party Mike walked over to me and said ” Kenny, I’m so awesome, just tell my story.” Of course, jokingly, I replied,” No sir, you tell MY story.” We laughed and continued to party the rest of the night. I never saw Mike happier than when he met the love of his life, Nia Haqq. He would talk about her non-stop. They had so much in common and understood each others’ goals and dreams. They complemented each other well and their relationship served as a model that I look up to even today. I would have never imagined that the day would come when I would have to tell Mike’s story. Their love was the motivation behind the memorial site www.lovemikenia.com.

View exclusive images of the loving couple. Mike was one of two minority students accepted in the honors college at NJIT in the fall of 2000. He was extremely gifted at learning new computer technology and was able to use that knowledge in his personal life and his career. During the fall of 2001, Mike was initiated into Alpha Phi Alpha Fraternity, Inc – Iota Rho chapter. He was very active in his chapter and as a result helped the chapter grow. When given a task, he rarely said “no” and made sure all the brothers, old and new, stayed in touch. He made sure we were all up-to-date on chapter business. I can honestly say that Mike knew over 1,000 people. Whenever we went to a club or hosted an event, he was the life of the party. He kept a smile on his face and always greeted women with a hug and men with a handshake. He had an infectious personality that drew you in and made you want to know what he was about. His fascination with creating a network of friends, led to his love for traveling and meeting new people outside of New Jersey. Our goal was to travel anywhere by airplane at least 3 times a year. Within the first two months of this year we already had 4 trips booked and 1 planned trip completed. Mike’s knowledge of technology along with his network of friends complimented with his ability to interact with different personalities helped strengthen and encourage his entrepreneur spirit. I helped introduce Mike to the real estate market and he was immediately hooked. Mike purchased his first home in 2009 and we both planned on starting our own real estate property management company. Mike was always full of dreams and goals. Although we had a joke that lasted for years about telling each others’ story, I was always serious. I will continue to tell Mike’s story through words, pictures, and good deeds. I made a promise and I plan on following through. I know he would do the same for me. Rest In Peace, Mike and Nia. Read more: