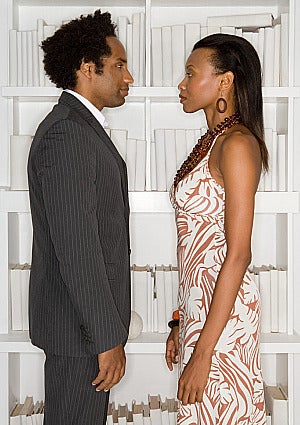 We’ve heard the phrase “men lie,” time and time again, but we never had any evidence to back it up. A new poll released by the U.K.’s Science Museum gives new reason for you to question the words coming out of your man’s mouth. According to the poll, men tell lies three times a day while women lie twice a day. That means a man is likely to tell 364 more lies than a woman in one year. The male’s higher inclination to fibbing could be because he’s more comfortable hiding the truth. Seventy percent of men feel guilty when they lie, compared to 82 percent of women. And just what are our guys lying about? It’s unlikely that the result would be the same in the U.S. but the top male lie in Britain is, “I didn’t have that much too drink.” “I’m on my way,” and “You’ve lost weight” are also in the list of top ten lies that men tell. As far as we go, the top lie that women in the U.K. tell is, “Nothing’s wrong, I’m fine.” Somehow, we think that one’s universal.