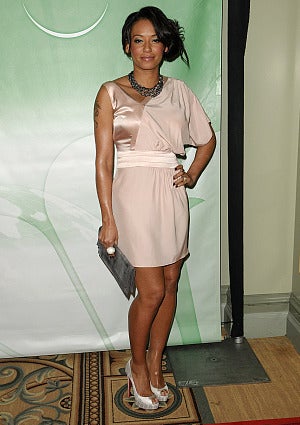 Mel B is the new host of Oxygen’s “Dance Your Ass Off,” the show about dancing to lose weight. According to People, The show’s original host Marissa Jaret Winokur was not asked back for a second season. Winokur’s rep told People the decision for her not to return was mutual and Oxygen executive producer Dan Cutforth said, “We wanted to find a host that really, really connected with our core audience.”

Enter former British pop sensation Mel B, who sang and danced her way into our lives in the 90s with the Spice Girls.

“Dancing has been a big part of my life,” Mel told People. “I kind of fell into it. I didn’t go, ‘I’m going to dance and lose weight.’ I did it and it just ended up happening, which is brilliant.”

She said she’s pumped about getting to know the participants and “follow[ing] them along on their story and their journey.”