As the nation and world commemorate the 200th birthday anniversary of Frederick Douglass, descendants of the famed abolitionist, statesman, orator and ambassador are preserving his historic legacy with new, 21st Century initiatives.

Nettie Washington Douglass of Atlanta and one of her sons’, Kenneth B. Morris, Jr. of California, are direct descendants of Douglass, as well as Booker T. Washington, the famed educator and founder of Tuskegee Institute.

Wednesday afternoon, they traveled by car to Talbot County, Maryland, where Lt. Governor Boyd Rutherford, state and county tourism and elected officials, as well as various guests took part in a groundbreaking ceremony for the newly renamed “Frederick Douglass Park on the Tuckahoe.” It’s located less than a mile from where Douglass was born enslaved circa 1818 on a plantation along the Tuckahoe River.

This evening in the nation’s capital, members of Congress will welcome the Douglass descendants for a celebration at the U.S. Capitol, in Emancipation Hall. Last year, Congress established the Frederick Douglass Bicentennial Commission. At the event, members appointed to the commission (including Ken Morris) will be sworn in.

ESSENCE.com contributor Donna Owens spoke to the Douglass descendants on Wednesday. This interview has been edited and condensed for clarity. 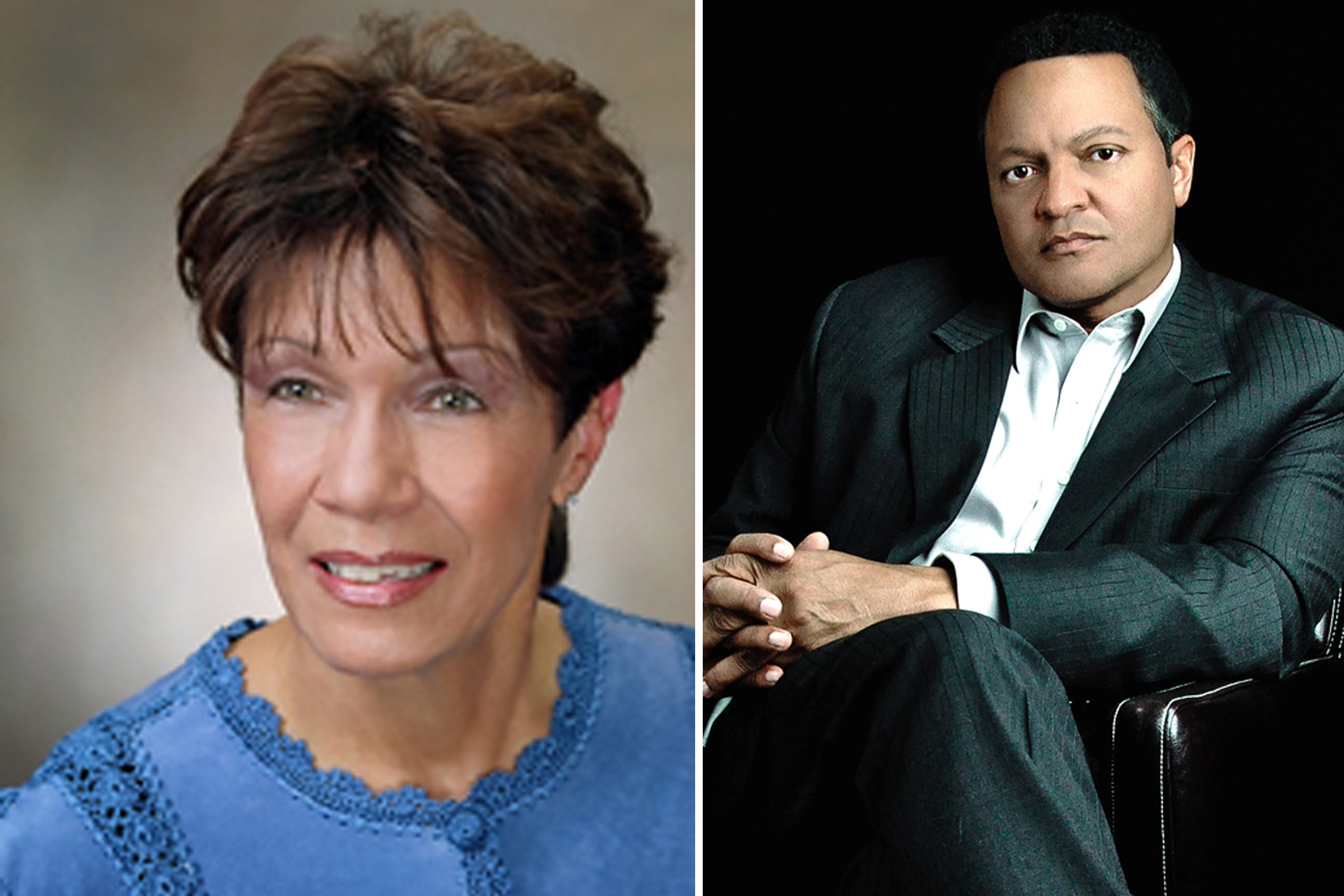 ESSENCE: Please explain your relationship to Frederick Douglass. He had two wives in his lifetime — one Black and one White, correct?

Nettie Washington Douglass: I am the great-great-granddaughter of Frederick Douglass. He had five children and two survived into adulthood. My mother, Nettie Hancock Washington is the granddaughter of Booker T. Washington and she married my father, Dr. Frederick Douglass III, the great grandson of Frederick Douglass. They bumped into each other on campus at Tuskegee and it was love at first sight; they married three months later. There are also descendants from his older daughter, Rosetta. Between the Douglass legacy and that of Booker T. Washington, I sometimes pinch myself. It’s a great honor and privilege and I am thankful.

ESSENCE: You both are advocates who co-founded the Frederick Douglass Family Initiatives (FDFI) in 2007 with Robert J. Benz. Tell me about it.

Ken Morris: FDFI is an abolitionist organization that combines lessons from the legacies of Frederick Douglass and Booker T. Washington: Abolition Through Education.

We launched this to confront modern day slavery and human trafficking: millions are still enslaved in every country of the world, including the United States. Who better than the model of the great abolitionist who fought for the freedom of African Americans?

Nettie Washington Douglass: We want to educate the public, especially young people and students. We want to provide information that may prevent young people themselves from becoming victims and help create global citizens.

ESSENCE: What are some of your other initiatives?

Ken Morris: We were just at American University and will collaborate with its Antiracist Research and Policy Center on issues, be it systemic racism or mass incarceration. We also have an initiative called One Million Abolitionists, and will give away one million copies of “The Narrative of the Life of Frederick Douglass: An American Slave” to young people. We want to inspire them to create service projects in their community using Douglass’ example of courage.

ESSENCE: I attended an event recently hosted by the Maryland Historical Society in Baltimore with scholar and professor of history at Yale University, David Blight, Ph.D. He has a forthcoming biography: “Frederick Douglass: Prophet of Freedom.” Are you familiar?

Ken Morris: Yes, we’re very familiar with his work and supportive of it.

ESSENCE: Does your family have stories that were passed down about Frederick Douglass?

Nettie Douglass: Yes. I have memories of spending summers at Highland Beach resort [on Maryland’s Eastern Shore] which was founded by family in response to discrimination; Douglass spent time there when he wasn’t at his Anacostia home in Washington, D.C. I loved going there, I felt close to him.

Also, my late grandmother met [Douglass] when she was about eight or nine years old. The family were the first Black morticians in Atlanta and they went to pick him up in a horse and buggy when he came for a speech. She was so taken by his `big white hair.’ Years later, she talked about it, apparently it left quite an impression.