Skip to content
Dave Kotinsky for GettyImages
By Tanya A. Christian · Updated October 23, 2020
“He always wanted to bring a football team to New York. We’ve talked about it since the day we met,” Tamara Galloway recalls of her first date with now-husband Corey Galloway. Last month the couple who serve at the helm of Legacy Growth Partners — a business development and direct investment company based in New York City —announced that after an arduous process, and the buy-in and support of trustees, colleagues, business partners, and friends like Devale Ellis, they are bringing an arena football league to the Big Apple. For the Brooklyn-bred Galloway, the press conference served as a full circle moment. Growing up in New York’s most populous borough, the only way he was able to see pro football was to take a bus out to Hempstead, Long Island where the New York Jets held their practices. The trek to Hofstra University’s campus wasn’t simply a long ride, it also required a five-mile walk from Long Island to Queens when the outing was over. Galloway remembers the time fondly but also recognizes that the accessibility made it difficult for young people who grew up like him to witness an American sport that he strongly believes everyone should be able to enjoy, outside of the confines of their TV.   “For me, as a football fan, as a football player, I acknowledge that there is a barrier of entry that’s created with ticket pricing. Not everyone is able to really enjoy the game and see the games live and upfront. So, creating that opportunity and being able to provide them with an option to see a game live — I’m just excited that those kids will be able to enthusiastically say ‘Oh, wow! I’m going to a game!’”

New York City football fans now have another way to love the game! In a move reminiscent of the great Jim Foster, the founding father of arena football, Legacy Growth Partners and the National Arena Football League (NAL) are launching Gotham’s new professional indoor football team, “The New York Streets.” The Streets expansion season starts 2019. Follow our journey as we select a skilled team, break in our new practice facility at PacPlex in Brooklyn, NY and invite to fans to participate in our inaugural season. Tickets and team information is available atwww.nystreetsfootball.com

The Galloway’s chance to make that happen comes this April when the New York Streets, the newest franchise in the National Arena League, play their first game at Westchester County Center. The new team will also play two of its regular season games at Madison Square Garden in the heart of New York City. “I think we’re both excited about creating impact, about really being able to see the ripple effect of what we’ve created and to help change minds, change hearts,” Tamara Galloway said of the new venture. “To have an opportunity to help set up other modern-day leaders that can come see a couple that is doing something together — a Black owner who looks like them and that’s doing something to break the mold. I think that’s what I’m most excited about.” As the first Black sports owner in NY history, Corey Galloway joins a very, very, very small league of African-Americans who own professional sports franchises. To put it into perspective, Michael Jordan stands alone as the sole, Black majority owner of a major pro sports team. There are zero in both the NFL and the MLB. The lack of representation extended its own set of problems when the couple was working to make the New York Streets a reality, but others inability to take the Galloway’s seriously as minorities, never deterred them from their ultimate vision. 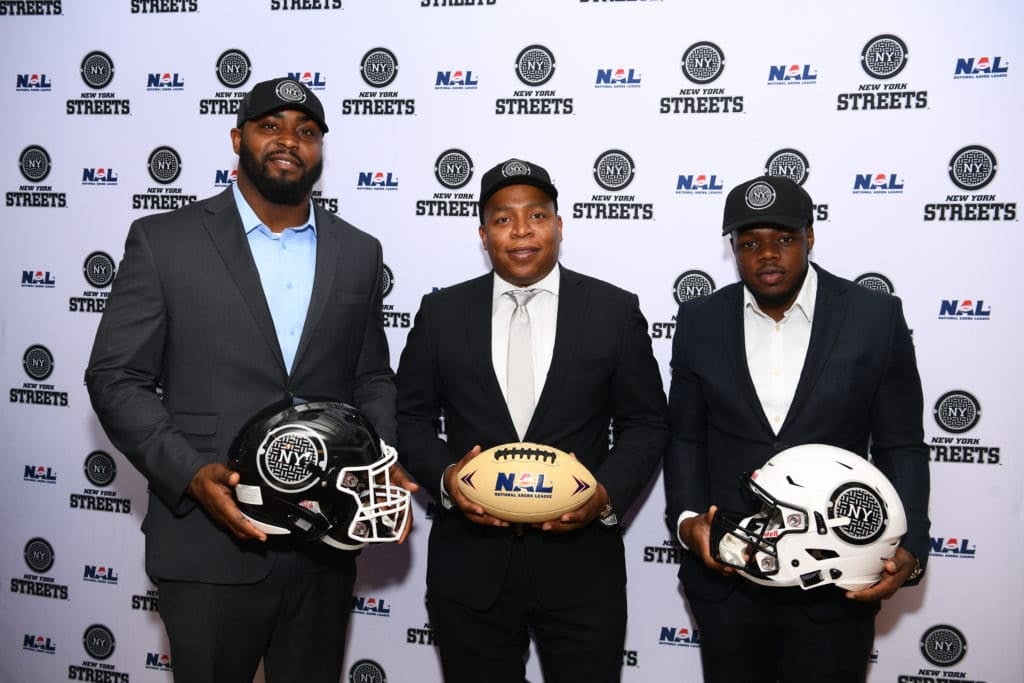