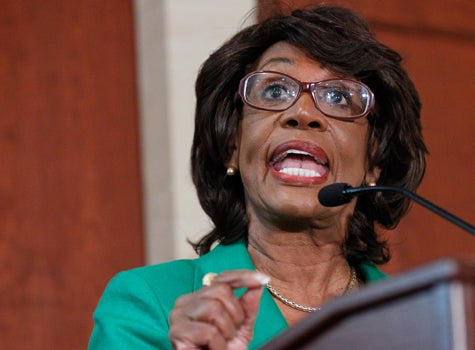 Congresswoman Maxine Waters says she has not violated any house rules and that the ethics charges against her are baseless, reports Black Voices.com. The veteran politician is under fire for allegedly helping a minority-owned bank obtain federal bailout money during the financial collapse in September 2008. On August 9, the House Ethics Committee released a report detailing why Waters is being charged. The report found that at that meeting with the minority-owned bank owner and in follow-up conversations “the discussion centered on a single bank — OneUnited,” where Waters’ husband was a board member from 2004 to 2008, reports ABC.com. Waters admits, the only things she’s guilty of is working tirelessly to improve access to federal regulators for the National Bankers Association, which represents 133 minority banks, including OneUnited Bank, where her husband also owned stock. Waters says she bowed out of talks with the bank once she found out it was seeking federal help. “I won’t cut a deal,” she said during a news conference on Capitol Hill. “Our work has been consistent throughout my career. We have committed no violations.” What are your thoughts about this controversy?