Before Maxine Waters (D-CA) ever went viral for reclaiming her time at a congressional hearing this summer, she was advocating for constituents domestically and globally.

That’s what makes her rise to popularity within social media feel familiar — she’s been about this life, battling injustice, inequality and systematic silencing for over 40 years. So when she delivered the now-famous line in a House Financial Services committee hearing in August after Treasury Secretary Steve Mnuchin attempted to filibuster her, it was business as usual.

“It’s [the] regular order of business,” she told political commentator Angela Rye in ESSENCE’s Dec/Jan issue.  “I think it was important for me to let him know that he couldn’t get away with that.” 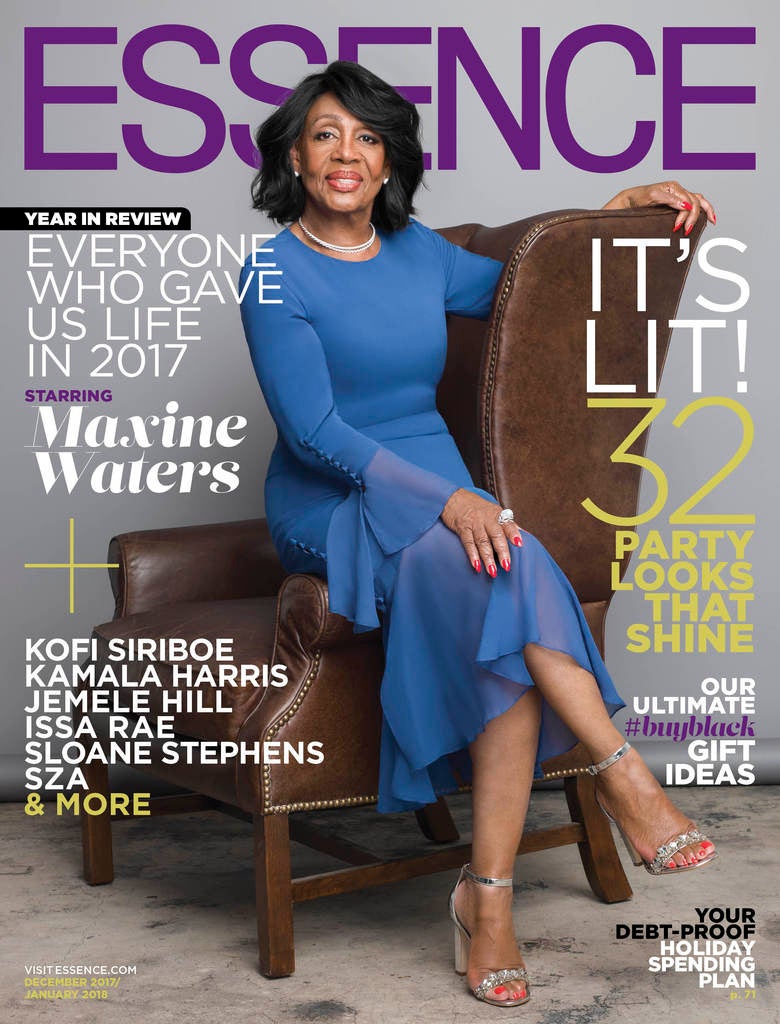 For millennials — who affectionately call the California Congresswoman “Auntie” — that kind of no-nonsense advocacy has inspired memes and movements that position Waters’ words as bible for those looking to stand their ground, organize and activate. Recently, “Reclaiming Our Time” became the theme for the Women’s March Convention in Detroit.

For those who remember when Waters took on apartheid in South Africa through divestment in the 1980s, or who are familiar with her creation of the Minority AIDS Initiative in 1998, it’s clear that she has no plans to slow down or to give up on the communities she represents.

“One of the things I discovered a long time ago was that I make people uncomfortable and that my advocacy goes beyond what politicians normally do,” she told ESSENCE. “I have a strong sense of what’s fair and what’s not fair, and for vulnerable people who are being taken advantage of, or who are being bullied or intimidated, I tend to want to be protective or to fight for them,” she continued.

And in all, through her work as a wife, mother, grandmother, organizer and legislator, one thing reigns supreme.

“I want to be remembered as a courageous fighter.”

Read the full interview in the Dec/Jan issue of ESSENCE, on newsstands this week.