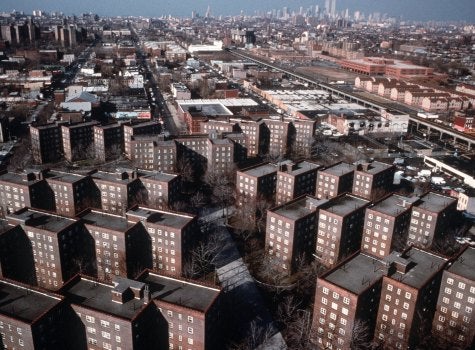 Former Major League Baseball player Maurice “Mo” Vaughn has gone from the playing field to the real estate market. Unlike many developers in the Big Apple he’s got his eyes on public housing. Over the past six years, Vaughn’s company, Omni New York LLC, has acquired 4,000 apartments, 98 percent of which qualify for Section 8 rent subsidies, NYTimes.com reported. Vaughn is building a reputation for taking some of the most disheveled properties in New York City and turning them around. Omni began buying properties in 2004 and has since restored 23 sites in New York, Massachusetts and Wyoming for $503 million, total. “I always had dreams of coming to New York, driving through the boroughs, and knowing people through baseball,” Vaughn told NYTimes.com. “Now I know people in the boroughs for different reasons. Good reasons.”