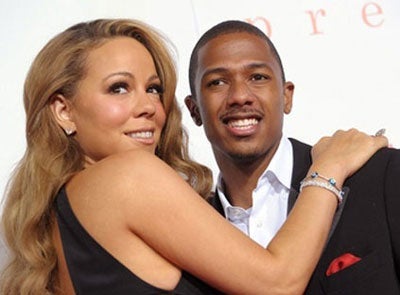 The guessing game is finally over. After telling fans that her newborn twins’ names will begin with “M,” and asking them to guess, Mariah Carey tweeted “dem babies” real names today. They are Monroe and Moroccan Scott Cannon.

Moroccan is inspired by the decor on the top floor of Carey’s New York City apartment building where Nick proposed, reports CNN. Scott is Nick Cannon’s middle name and his grandmother’s maiden name. Monroe is named after Marilyn Monroe, who has been an inspiration to Mariah since she was a little girl. Like mommy, baby Monroe will not have a middle name.

Carey’s publicist tells CNN, “It has been a long, emotional journey for this family, and I couldn’t be happier for all of them.”

Mimi is also letting her fans vote on the twins’ first outfits via Twitter.

All eyes are on Mariah and Nick this week after the superstar couple welcomed their twin babies on their anniversary over the weekend. The couple topped off their joy by renewing their vows in hospital.

Congrats to the happy couple.