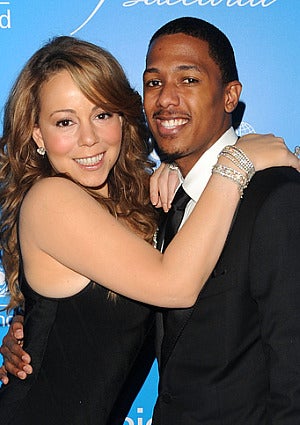 Mariah Carey and Nick Cannon are keeping their promise to renew their vows to each other every year. With their anniversary coming up this Friday, Cannon and Carey are set to walk down the aisle for a third time. While most couples renew their vows once or twice during their relationship, Cannon told People re-doing the ceremony each year is “just something fun to celebrate.” “I encourage everybody to do it. If you are happy and in love, celebrate it!” the 29-year-old actor told People. Cannon said this year’s ceremony will be simpler than the years before, “This year we want to do it like in a normal setting, so it might be in L.A. … Hey, I say we do it in  a church in Brooklyn. That will be hot.” While he didn’t reveal what his gift to his mega R&B and pop-star Carey, 40, would be he did say that it is, “something very thoughtful and it has nothing to do with money,” adding, “We are just trying to keep the romance alive.” Cannon knows how to keep the flame going. “I’m always writing cards, sending letters and flowers–that’s what love is about,” he has said. “We like to live out the fairy tale, romantic comedy type of story  and that’s what we are, a romantic comedy–with a very happy ending!” Ready, one, two, three–Aaww. Related stories: