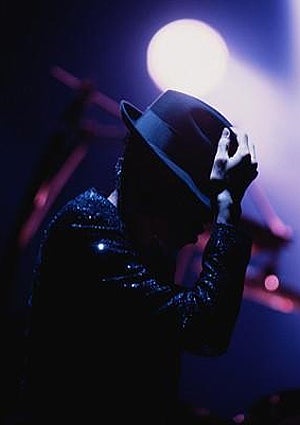 At some point in our lives, most of us heard our parents say, “I remember exactly what I was doing when I learned Martin Luther King, Jr. died.” I feel like I am turning into my mother, because over the last year, I’ve heard myself say, “I remember exactly what I was doing when I heard Michael Jackson died.”  Strange, because I also feel like I’m in “Groundhog Day” — you know, the movie where Bill Murray wakes up every day, only to relive the same day over and over again? Exactly one year ago today, I woke up at the same hotel, at the same film conference, with many of the same people. Except that one year ago on this morning, no one could have told me that Michael Jackson would be dead by sundown. The truth is, while each of us has our own recollections of what we were doing the afternoon of June 25, 2009, we will surely each experience our own Groundhog Day. Today, like this time last year, each of us will remember the first time we saw MJ in concert. We will invariably, just like last year, get our groove on at an MJ party (or two), dance to our favorite MJ songs, and say the same thing we said this time last year, “Wow, MJ is ‘Gone Too Soon.'” The similarity of our Groundhog Day most likely ends there — with the recollection that MJ was unequivocally “The King of Pop.”  At that point, our recollections diverge, because MJ was nothing if not a multifaceted performer — maligned in life by the press, yet celebrated in life by his fans, but invariably beloved in death by all — okay, well, at least most. The events that have unfolded in the aftermath of Jackson’s death, like his life, are stranger than fiction. Conrad Murray, MJ’s personal physician who administered a lethal cocktail of Propofol and prescription sedatives to the King of Pop, is and will forever be synonymous with the “Dr. Who Killed Michael Jackson.” Earlier this year, Dr. Murray was charged with manslaughter, yet that same court last week ruled that Murray may retain his medical license while on bond awaiting his manslaughter trial, which begins in August. According to TMZ, Dr. Death plans to spend today, the Anniversary of Jackson’s death, seeing “patients as usual.” Meanwhile, I’m trying to figure out who would have Dr. Murray as their physician? In an even stranger twist of fate, Joe Jackson wrote an open letter to MJ fans planning to attend Murray’s medical hearing, to refrain from yelling, bad mouthing and slandering Murray? Yet Joe appeared on News of the World blaming Katherine, his own wife, of causing MJ’s death by refusing to intervene? This is the same Katherine who is also giving him money because MJ deliberately left Papa Joe out of his will. We know Joe has no shame, but biting the hand that feeds you is just plain crazy! All of us surely remember the MJ interview where Martin Bashir followed Michael Jackson around as the King of Pop reportedly dropped a million dollars during a Vegas shopping spree. This is the same interview where Jackson denied he’d had any plastic surgery. Although we watched him morph into an avatar of his former self and knew better, his true fans didn’t care. The Gloved One thrilled us every time we heard his music. Bashir’s interview opened the floodgate to lawsuits and repeated allegations of insolvency, yet posthumously, to no one’s surprise, MJ’s estate has earned nearly $790 million dollars and signed the most lucrative recording agreement in history. Post death, if one dare utter the fact that MJ was once “humiliated” by police and dragged in front of a tribunal to face child molestation charges, one most surely whisper. This is not the same celebrated father we now rightly recognize had three adoring children, although, as the press repeatedly reminded us, he did dangle Blanket out of a hotel window. I choose to live my life celebrating today as I did as a fan of him in life; the gloved one who thrilled me as he moonwalked his way into my heart as the King of Pop — arguably one of the greatest entertainers of our time. If any remaining MJ detractors honestly start with the Man in the Mirror, our Groundhog Day experiences may once again converge, as we each simply celebrate the life a true amazing cultural icon!