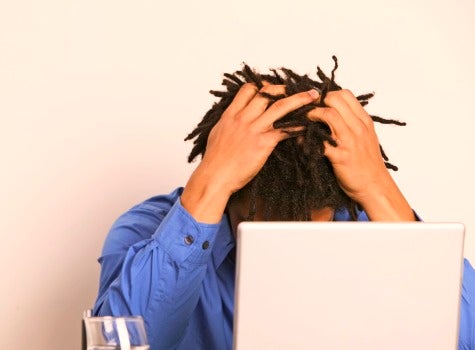 Ladies, think twice before you go snooping in your man’s e-mail again because you could be a click away from jail time. Michigan man Leon Walker, 33, is facing a trial and a possible prison sentence for signing in to his wife’s Gmail account to uncover her affair, the Huffington Post reports. Walker, who is charged with felony computer misuse, told the Oakland Press of Pontiac that he was snooping to protect his children and called the case a “miscarriage of justice.” However, Oakland County Assistant Prosecutor Sydney Turner says the charge is valid. Would you still hack into your significant other’s email account after reading this story? Should Leon Walker face jail time for hacking at his wife’s email account?