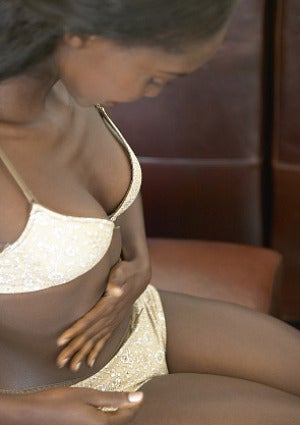 Should women 30 and under with no family history of breast cancer be overly concerned about getting mammograms? Maybe not, according to a new study published in the Journal of the National Cancer Institute. Researchers from the University of North Carolina at Chapel Hill studied more than 117,000 women between the ages of 18 and 39 with no family history of breast cancer and found that cancer was rarely detected in those under 40. No tumors were detected in the women under 25 and for every 10,000 women in the 35 to 39 age group, 1,266 were called back for further tests. From those only 16 were diagnosed with cancer. “The good news is that young women don’t get breast cancer at high rates,” said Bonnie C. Yankaskas. Yes, good news for non-African-American women under 40 with no family history of breast cancer. But this isn’t such great news for African-American women because we’re still more likely to develop cancer under 45 than any other group — we’re talking women being diagnosed in their 20s and 30s. Which is why the recent recommendation by the United States Preventive Services Task Force that women not get mammograms until 50 was so confusing. “Good Morning America” anchor and breast cancer survivor Robin Roberts has spoken extensively about the need for younger African-American women to get mammograms because we’re still 77% more likely to die from breast cancer. Despite these recommendations it is still vital that African-American women under 50 to pay particular attention to breast health and get those breast exams.

Alexia P. Hammonds Is The First Black Woman To Have A Hair F...

Rebeca Andrade Is The First Brazilian To Win An Olympic Meda...

DaBaby Gets DaBusiness For Claiming He Doesn't Know Questlove

BFYNE Sends An Empowering Message By Enlisting All Black Mod...

From Ella To Egypt: 10 Photos Of Celebrity Kids Being Adorab...