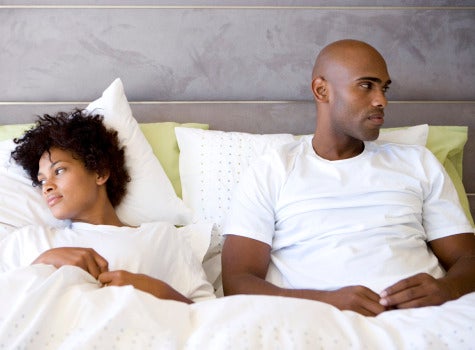 Navigating love after divorce can often be scarier than if you had never been married before. You’re harboring wounds from your previous marriage. You may rush into things because you miss the companionship you once had. AOL Black Voices On Love featured two letters from the site’s Luv Coach from women who were recently divorced and unsure of their new relationships. For Laurie, a recently divorced 26-year-old mother who suspects her new boyfriend is using her, the Luv Coach says: “Sit down and work out boundaries of what you can do to help, and when you have to say no. …If he respects your boundaries and continues to treat you in a loving and respectful manner then you have your answer as to whether or not he is using you.” Janet, the other writer seeking advice, moved in with her man when he asked her to marry him only three weeks after they started dating. She’s nine weeks pregnant and is now worried that things have moved too fast. “We have a great relationship and are open to any discussion. But something tells me that I should have waited,” Janet writes. Read the Luv Coach’s advice for Laurie and Janet.