By clicking Sign Up, you agree to our Terms of Use and that you have read our Privacy Policy
Skip to content
By Derrick Bryson Taylor · Updated October 28, 2020
Lucille O’Neal is the mother of legendary NBA player Shaquille O’Neal. And as a single parent who raised four kids, she knows just how tough motherhood can be.

O’Neal joined forces with The Boys and Girls Club as they launched a nationwide search to find “America’s Most Inspirational Mom.” During the process, they came across Lorrie Wolfe, a North Carolina native and single mother of three – including one with Asperger’s syndrome, who escaped a domestic abuse situation to improve the lives of her kids as well as herself. Wolfe was chosen for her contributions to her children, family and community.

As part of her prize package, Wolfe will receive a full tuition scholarship to further her education at the University of Phoenix, as well as a year supply of home products.

ESSENCE.com caught up with O’Neal and Wolfe to discuss the nationwide search, the joys of motherhood and their advice to any struggling moms.

ESSENCE.com: When you were working with BAGC to search for America’s most inspirational mom, what qualities were you looking for?
O’NEAL: We were looking for a woman that’s not selfish. We were looking for a woman that was courageous, dependable and a woman who really understood the true essence of being a mother and what that was all about. So we found that woman, Ms. Lorrie Wolf, and I’m honored to congratulate her on being “America’s Most Inspirational Mom.”

ESSENCE.com: During this search you went through countless profiles. What about Lorrie’s Wolfe’s story stood out to you?
O’NEAL: She left a situation that could have been very tragic and took it upon herself to escape and she took her three children and she cared nothing about herself. She also cared about changing the situation that would give them a better life. She’s taking care of her mother and she’s taking care of so many other kids that come through the Boys and Girls Club. But her courage and her determination and her perseverance is what really stuck out in her story. 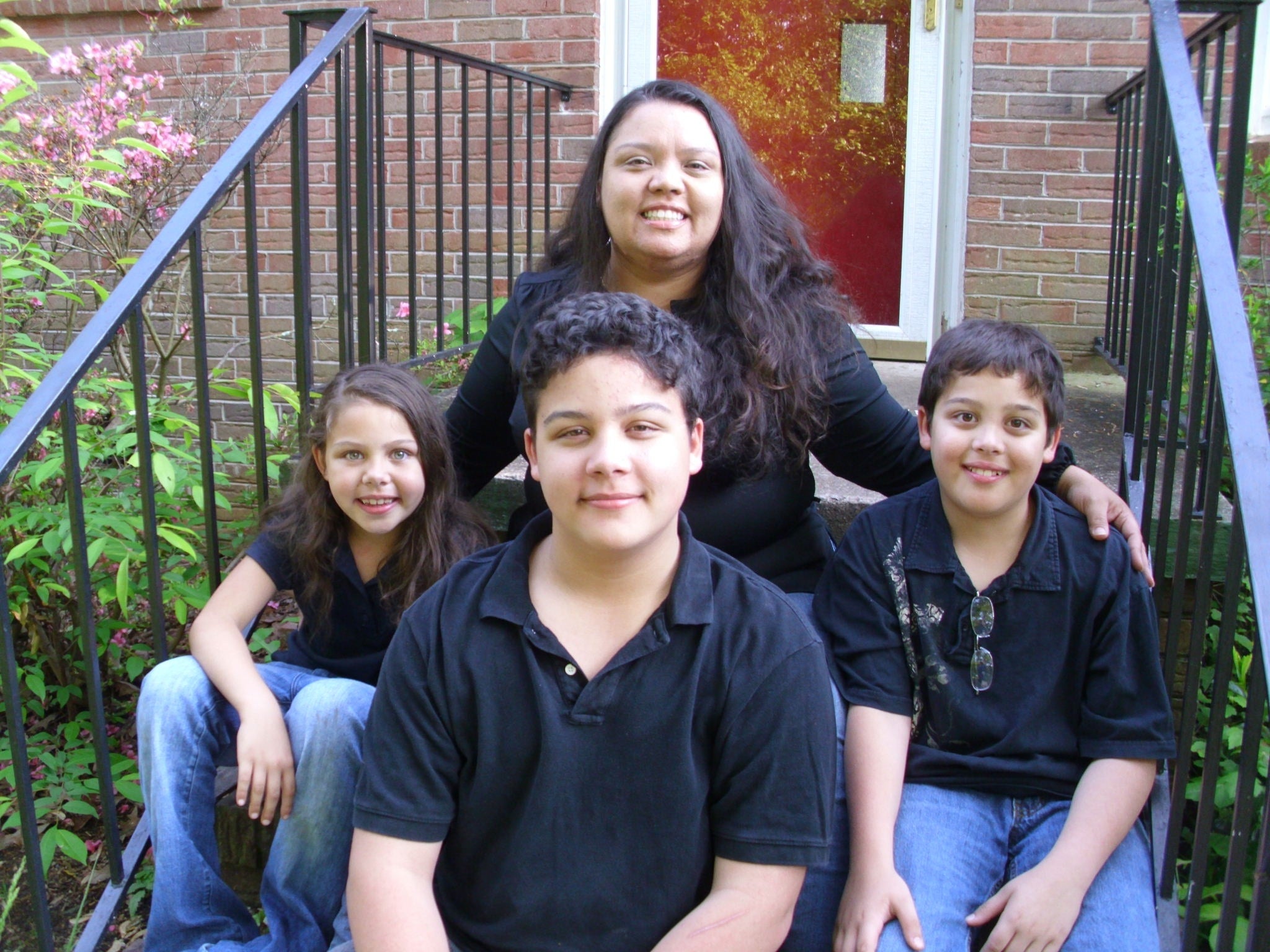 Lorrie Wolfe and her three kids.

ESSENCE.com: What does being “America’s Most Inspirational Mom” mean to you?
WOLFE: It is such an honor and I feel so blessed. I know that there are millions of phenomenal moms out there and I feel honored to be in the same company as them. All those years and those moments when I wanted to throw in the towel and ask God why this happen to me, now I can look back on them and every moment was worth it. “The Most Inspirational Mom,” Boys and Girls Family Plus Program and Kimberly Clark, in the last couple of days, have just changed my life.

ESSENCE.com: How will this amazing honor change your life?
WOLFE: I’m going to make the most out of this opportunity. I think of my community as my family and there’s tons of women and families… I’m going to take this opportunity and show all of those folks that whatever obstacles that you’re facing right now, no matter how bleak your situation seems, all the possibilities are out there and you should never give up.

ESSENCE.com: Ms. O’Neal, part of the winning prize is a full-tuition scholarship. Tell us why the education component is so important and why you decided to go back to school?
O’NEAL: That moment was a long time coming. When Shaquille was born I was fresh out of high school and I always wanted to go to college and I had three other children after Shaquille was born. But it took me 30 years and I held on to the dream and when the opportunity presented itself, Shaquille was gracious enough to pay for my college education. I was so happy that I was able to achieve a goal that I set for myself a long time ago.

ESSENCE.com: For any moms out there reading this and may be going through a tough time, what kinds of advice can you give?
O’NEAL: If you have a big dream, no matter what it may be, going back to college, getting your education, whatever the dream may be don’t let anyone tell you, including yourself, that all things are impossible.
WOLFE: I would like to encourage your readers to hold on to their dreams and don’t set any limits on themselves. A lot of times we run into obstacles and looks like we’re not going to get passed those, but we need to stand strong, have patience and work hard to make the dream a reality. It’s never too late for a new beginning, I’m a witness to that.

Economist Lisa Cook Is The First Black Woman Named To The Fe...

Amara Skye On Her Relationship With Grandmother Whoopi Goldb...