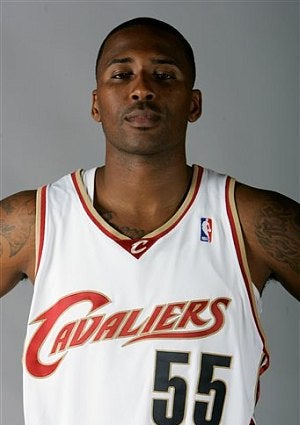 Former Cleveland Cavaliers player Lorenzen Wright, who had been missing for 10 days, was found dead in Southeast Memphis. His body was discovered near a wooded area just outside of the city. Wright had been missing since July 19th when he was expected to fly back to Atlanta after visiting his six children in Memphis. He was last seen leaving his ex-wife’s home at 2am on July 19th. The Memphis Commercial says a police dispatcher received a 911 call from Wright’s cellphone the day he disappeared. The dispatcher heard several gunshots in the background before the call abruptly ended. No one answered when he returned the call. Friends and family have gathered in Memphis to grieve Wright, who spent 13 seasons in the NBA playing for teams like the Cavaliers, the Los Angeles Clippers and the Atlanta Hawks. His uncle, Curtis Wright, says he had to call the retired NBA player’s father to tell him the sad news. “Lorenzen’s family has come together to mourn his loss and honor his legacy. We appreciate your thoughts, prayers and condolences as they are comforting at this very difficult time,” read a family statement.