Olympic hurdler and bobsledder Lolo Jones is under fire again for making a controversial comment. On Halloween a fan by the name of “daniesa” tweeted a picture dressed in a track and field uniform as Jones with the message: “Lolo Jones 4 Halloween. I just need a hurdle.”

The following day, Jones responded back with this message: 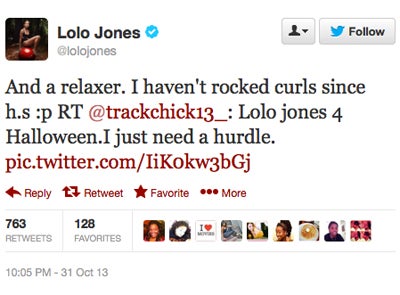 Jones’ message incited over 700 retweets and comments from Twitter that she was rude and owed her fan an apology. Jones then defended herself by adding: 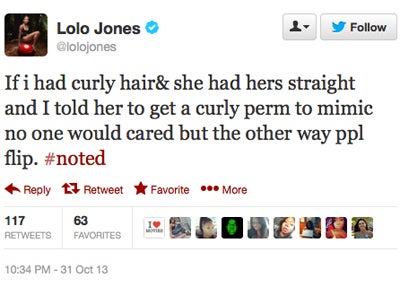 “@RealTalkwithJL I didn’t go wrong with my costume. I was as is and repped myself as her. Minus the hair. Which is her response. As a joke.”

Was Jones’ comment taken too far or does she really owe “daniesa” an apology?