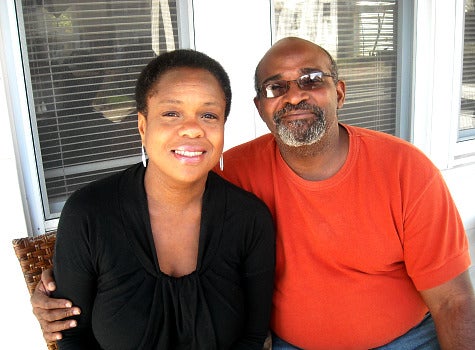 As the health care reform debate continues to heat up down partisan lines in Congress, more women are starting to see exactly how much we have at stake in this issue. According to a recent Joint Economic Committee report, “Comprehensive Health Care Reform: An Essential Prescription for Women,” an estimated 64 million women currently do not have health insurance in this country, a factor that is setting many of us up to fail as women have more pervasive and chronic health needs than men and tend to suffer higher economic fallout from bankruptcies brought on by medical bills.

Not to mention, an estimated 1.7 million women have completely lost their health insurance benefits due to their husband’s job loss. But what do you do when both you and your man no longer have jobs to cover your family’s medical needs? That’s the dilemma Joan T. finds herself in today. The 48-year-old mother of two teens from Westchester, New York, lost her job as a communications consultant for a nonprofit in December 2007. Then her husband, who is 50 and works in I.T., was downsized the very next month and with his position went their family’s access to affordable health care. While Joan suffers from asthma and allergies and hasn’t had a mammogram in almost two years, her husband has had issues with his prostate; they are both in overall good health but anything can happen and that sits on Joan’s mind constantly. She explains to ESSENCE.com how she found a way to get her children covered, what she thinks of President Obama’s health care plan and the most important lesson she has learned through this entire process.

ESSENCE.COM: What was the overall feeling in your household when your husband lost his job?
JOAN T.: When my husband lost his job in January, our benefits came to a close the next month so things became slightly manic. We didn’t want to alarm our kids unnecessarily. We were still riding on President Obama’s election and inauguration, which actually helped our spirits a lot. We knew that change was coming so we weren’t too concerned at the time. Then we applied for family insurance under the [New York] state plan. My husband and I were both able to secure contract positions, but then that made us ineligible to qualify. Our kids, however, were able to get coverage under New York’s SCHIP program (Child Health Plus), which gave me a modicum of calmness, because at least I knew my kids were covered.

ESSENCE.COM: Had you considered other options for health care?
JOAN T.: We talked about a group insurance plan for independent contractors like through the freelancers union but our monthly costs were cut in half and that would have been $800 a month just for the two of us. Plus, our income wasn’t consistent so it made it impossible for us to commit to something like that when we had to take care of car insurance, car payment, food and utilities. It all adds up and something had to give, unfortunately it was our health insurance.

ESSENCE.COM: Lots of companies offer COBRA as an option. Was that a choice for you?
JOAN T.: We got a package that explained COBRA but at $1,800 a month, that was not going to be an option. As soon as Obama got into office, he signed a provision that gave people more affordable access to COBRA, but the fine print of that was we would have had to pay $1,800 for the first six months in order to get access to COBRA at the bargain price. That meant nothing because we didn’t have $6,000 just lying around.

ESSENCE.COM: What do you think of President Obama’s heath care proposal?
JOAN T.: I support him and think his intentions are good, but sometimes I think he would like to believe that Congress is comprised of adults and unfortunately they can’t get out of their own way. Sometimes you have to tell a child this is what you’re getting and there is no other option. There was an opportunity for him to say that instead of sending it to them to figure it out. There’s too much politicking going on and we’re still battling trying to now get public option in the mix. The conversation should have started with that!

ESSENCE.COM: As a woman, are there specific issues that you want the government to take into consideration?
JOAN T.: I don’t look at it from that perspective. They just need to do what’s right by their constituents. I find it extremely odd that Congress has access to a brilliant plan and yet we have to scratch and claw to get something adequate for everybody. I’m not sure why this is such a mystery. Certainly, we as Black people have more issues and women are often misdiagnosed but ultimately it’s about being a human being and having as good a medical plan as my congressman. I would like to see a health care reform bill that makes sense and allows people access to quality, affordable health care and help people to become more proactive with their health while helping us improve our quality of life.

ESSENCE.COM: What lessons have you learned having health care one day and now not having it at all?
JOAN T.: I’ve learned patience, especially dealing with situations like trying to find out where we can all get flu shots. You need to appreciate what you have while you have it but I also realized that the way that we live and work is not the same as it was 30 years ago. Our insurance should not be tied to an employer because we’re constantly moving, but we’re still dealing with a Congress that believes in a very old set of rules. We have to start thinking in the here and now and not in the way things once were.

Home Where Big Boi and His Dungeon Family Made Classics Can ...