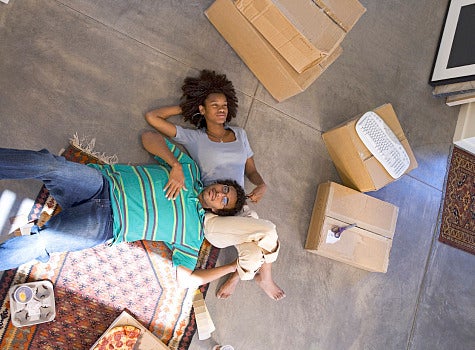 A study of men and women from ages 15 to 44 found that couples that shack up before heading to the altar are less likely to have a lasting marriage, NYTimes.com reported. According to the National Center for Health Statistics, couples that lived together before getting married decreased the chances of their marriages lasting for ten or more years by six percent. Couples who got engaged before moving in together fared better, however. We all knew the state of marriage in America was upsetting, we just didn’t realize that our grandmother may have been on to something when she warned us not to move in with our college boyfriend. The study indicates a cultural shift: young couples today believe that getting married without living together first is ridiculous. The study also found that women who did not live with both of their biological parents at age 14 were less likely to get married at all and more likely to cohabit than women who had both parents in the home. With the number of Black families that are led by a single Black mother being so high in this country, it seems like the odds are stacked against us…again. If you’ve already moved in together, don’t start packing your bags and checking the real estate listings for a studio apartment. There are a few things to remember. The first is that the institution of marriage on a whole is in a sad state anyway. According to the NYTimes.com article, one in five marriages will fail after five years and one in three will end in less than 10 years. Black men and women have a 50 percent chance that their marriages will last for 10 years or more. The second thing is, the success of marriage is based on each individual couple’s ability and desire to grow together. Nobody who has been happily married for over 40 years will tell you that it’s easy. It takes hard work. Perhaps the problem is that men and women who have lived with each other before marriage feel as if they know all there is to know about their partners and fall into a false sense of security. The key is to remember that nothing is guaranteed. Moving in with him doesn’t mean you’ll get a diamond ring. Marrying him doesn’t equal your golden anniversary. That may sound grim, but it shifts the emphasis back to working together for a common goal. When you achieve that, whether you share the same mailing address or not, you can make it to silver, gold and beyond. Read More: