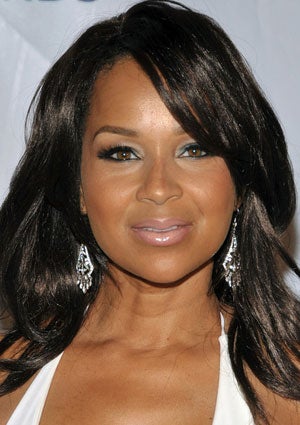 LisaRaye is back in the saddle again (she really does ride horses). The stunning actress and former first lady of Turks and Caicos gives us a peep into her colorful life (it’s not all white) on Season 2 of “LisaRaye: The Real McCoy,” her reality series airing on TVOne.

Expect laughs, tears and even a little church. Through everything, LisaRaye keeps it real. She is after all, the real McCoy.

ESSENCE.com chatted with the actress and reality star about the second season of “The Real McCoy,” her sister Da Brat’s release from prison, and her upcoming movie, “Single Ladies.”

ESSENCE.com: Last season we saw you riding horses with Jamie Foxx and making milkshakes around L.A. What can we expect this season?
LISARAYE MCCOY: Well drama, that’s for damn sure. [Laughs] I think a little bit of drama makes for a good life. You’ll see a lot of growth because I’m going on a spiritual journey, learning how to relinquish some control. I sat down with Bishop TD Jakes and I asked questions that I’ve always wanted to ask. I’m also looking for love and companionship and someone to share my life with. I’m also the Global Ambassador for breast cancer with Susan G. Komen. You’ll see me as a mom and a manager to my daughter who is the face of the on-line campaign for Apple Bottoms. She’s a size 12, while mommy is a size 6 and it hasn’t discouraged her one bit. And you can also expect to just have fun.

ESSENCE.com: Do you think you’ve completely healed from your relationship with your ex- husband, the former Prime Minister of Turks and Caicos?
MCCOY: Oh absolutely. It’s fine to accept what went wrong, your responsibility and what you could have done better, but I’m over that. That is my past. And now I have someone to be accountable to. I have God in my life and I can say “Is this alright, God?’

ESSENCE.com: Your sister Da Brat was recently released from prison, have you been in touch since?
MCCOY: Yes, absolutely. I just spent Sunday with her. She hadn’t gotten a chance to see the first season, so we watched five in a row. The last one was when I visited her in jail. She was encouraged because it wasn’t just me just telling her what I feel about her but she got to see. A lot of people ask if she’s going to be on the second season and I tell them, ‘No, she has her own story and my story is not enough. I want to leave that for her.’

ESSENCE.com: Tell us about the new VH1 movie and series “Single Ladies” due out later this year.
MCCOY: It’s about three friends with three different philosophies. I’m very excited about this. It’s like “Sex and the City” meets “Girlfriends.” It’s perfect timing because there’s nothing like it on TV. It’s fresh, sexy, current and things we really deal with. You can live vicariously through the characters, and honey I don’t have a love life so I’m vicariously living through my character Keisha right now. {Laughs}

ESSENCE.com: Your signature color is white. What is it about the color?
MCCOY: Not a damn thing. It’s just a color I like. It’s crisp and clean. I just love it. And it’s not even my favorite color, green is. It takes a hellava discipline to wear the same color every day.

Catch LisaRaye on the second season of “The Real McCoy” at 9pm on TVOne.