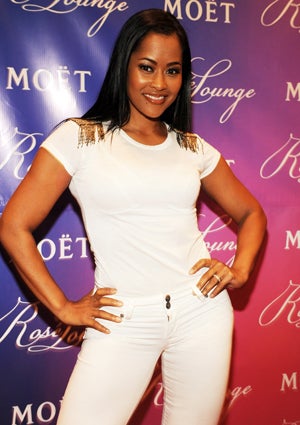 Say what you will about Lisa Wu-Hartwell, but we can all admit that she is one ambitious Black woman. The former reality star shares a few telling details to Vibe.com about high drama television, staying true to herself, domestic violence and penning a new book. On the “Real Housewives of Atlanta”: “On reality television shows, when it gets so popular and hot, the desire and the need to be on top is always there.  And sometimes people want to turn you into a character of your former self and I’m just not willing to perform or create something that isn’t there.” On staying true to herself: “They have an idea of who they want you to be and you can only take that for so long and that’s why I said it’s time to go because I’m not willing to compromise my integrity.” On her new book: “It’s called ‘When the Cake Is Made.’ I did that book with Miasha Coleman, and she has several novels out so we co-authored the book, and it’s about sisterhood.” On domestic violence: “I got out because I started loving myself more than loving him. At the end of the day that’s where it starts and you have to love yourself and respect yourself and that’s why the name of my book is called, ‘When the Cake Is Made,’ because I said you deal with something for so long and you think you can change people but that’s like baking a cake. Once you make that cake the ingredients are there. You can’t undo it because you’ve allowed it to go on for too long…”