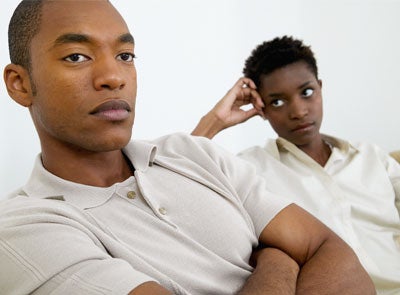 Sunday brunches are equivalent to work day sessions around the water cooler. It is a time where we girls, and often our gaggle of guy friends, convene to eat, drink and chat. It doesn’t matter if the guys are with us or not, the conversations are never filtered and no topic is ever off limits.

I love having the guys, because they give us that much needed Y chromosome point of view, but last week it was just a few of the girls, and brunch turned into dinner with plenty of cocktails and conversation in between. Our conversation turned to relationships. Of the three of us there at that point, two of us are divorced and currently single. Our other friend is in a long-term relationship with a successful, divorced older man, who doesn’t want any more kids, nor does he want to get remarried. So you know we had plenty to talk about.

As we were chatting, “Susan” was talking about her choices and challenges. Susan is gorgeous, in her early thirties and wants a bevy of kids; her man does not. She has a man who takes great care of her, and I don’t mean just financially. They have fun together, they travel and he very much steps up the plate as her man. She is in no way contemplating leaving him; this wasn’t a stay or go conversation, rather, the conversation centered on us; since we have a few years on Susan, the question became: would we continue with a relationship where the man doesn’t want to commit?

My other friend, “Denise” is smart, owns a successful business and is a real “looker.” We are both divorced, single, female business owners who are both without a man. Don’t feel sorry for us, we definitely have options, that has never been the problem, the issue is the options that we have facing us.

The issue of commitment isn’t the first topic of conversation in our dates, but if it becomes clear at some point the guy just wants to kick it, you have a few options. First, you can change the parameters, “keep him on the farm” as Bevy would say, and demote him to the “in need of sex, just break glass” dude. Another option is to continue on the same path, knowing that you both want two different things, hoping in the back of your mind that things will change. Lastly, you can cut your losses, pick up your marbles and go home. After a while, it seems Denise and I choose to go home.

Some people will argue the fact that, because we choose to leave, we are cutting off our noses to spite our face, but I don’t subscribe to that notion. I am not the girl who would settle for a knockoff bag if I wanted the real thing, so why should I settle for less than what I want in a relationship? Conversely, prude or no prude, call it what you want, but at this age and stage in the game, I’d rather go without, so why keep him on the farm? Denise feels the same way, so there we were, brunching with Susan, sans men.

Sitting in the restaurant, we were trying to figure out why so many men are unwilling to commit. There are several reasons, but one thing is clear: men don’t feel the need to commit. Many women are willing to share men and/or settle for less than we deserve, and men don’t really feel the need to date. We allow them to text and sext us without putting in any real face time. Men can turn on the computer and get it on with any given porn star or engage in chat rooms with zero accountability. So why should a man deal with a woman in real life when he can have a virtual relationship for $14.99 a month?

Whatever the reasons are, the bottom line is this: Denise and I are not alone, there are countless women out there like us. If you want to keep him on the farm, go ahead and get your groove on, I am not judging. But if you are like us, don’t trip, a good man is out there. It might take a lot of time and patience, but that is what friends are for. Although I don’t see myself laying on the lawn of Central Park reading my nook with my man on Sundays just yet, I know one thing I can count on: Sunday Brunch with the crew. And that’s not a bad substitute.