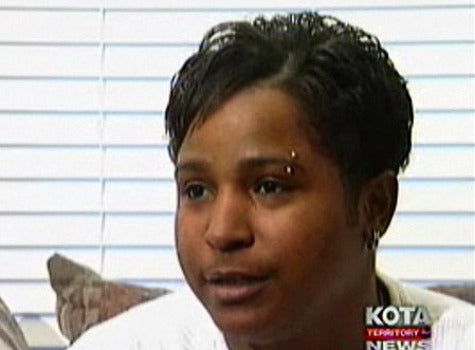 The military’s controversial “Don’t Ask, Don’t Tell” policy often takes an unexpected turn when third parties report a gay service members’ sexual orientation, resulting in honorable discharge. Call it, “Don’t Ask, We’ll Tell” as was the case with African American Air Force sergeant Jene Newsome. The 28-year-old Newsome had always hidden her sexual orientation until South Dakota police found a marriage certificate at her home and ‘outed’ her to the military, which responded by honorably discharging her. Newsome and the American Civil Liberties Union have now filed a complaint against the police department claiming a violation of privacy. The police say Newsome would not cooperate when they arrived at her home with an arrest warrant for her partner in connection with a theft. After spotting a marriage license on the kitchen table (the two women were married in Iowa where same sex marriage is legal) police officers later took the news to the military. The police department says the marriage license was relevant to their case because, “it showed both the relationship and residency of the two women.” “I played by ‘don’t ask, don’t tell,'” Newsome told The Associated Press. “I just don’t agree with what the Rapid City police department did…They violated a lot of internal policies on their end, and I feel like my privacy was violated.” Newsome joins thousands of service members (13,500 to be exact) who have been discharged under the law since 1994. Read More: