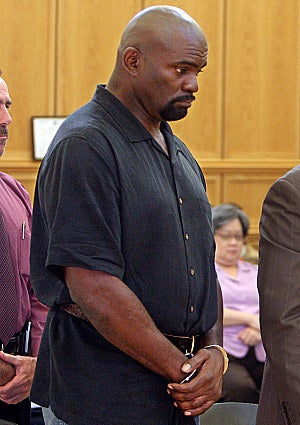 Federal prosecutors say NFL legend Lawrence Taylor has admitted to paying $300 for sex at a hotel where police say he raped a 16-year-old runaway on May 6. Rasheed Davis, the man accused of setting up the encounter in Suffern, New York, was charged with sex trafficking a child and forcing her to have sex against her will. According to court papers, Davis told Taylor the girl was 19. Taylor is now facing charges of third-degree rape and patronizing a prostitute. Arthur Aidala, LT’s lawyer denies the charges.