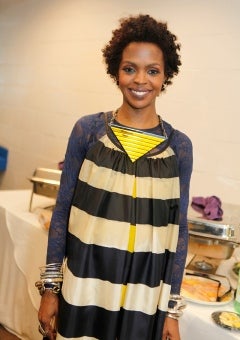 Congratulations are in order for Lauryn Hill! Her fans received a special treat this weekend when the star announced Saturday during a Detroit concert that she is pregnant with her sixth child.

At the end of her performance, Lauryn announced, “I’m going to be taking time off to give birth,” reports RadarOnline. Ms. Hill was performing as part of her “Moving Target” concert series.

There was speculation that the former Fugees star was with child when she began appearing on stage recently in several loose-fitting dresses. She also hinted at her pregnancy a few months ago on stage in L.A., saying, “I keep having these children. I don’t know if I’m the most fertile woman in America.”

We’re so happy for the mom-to-be! There’s no word yet on a due date for the little one.