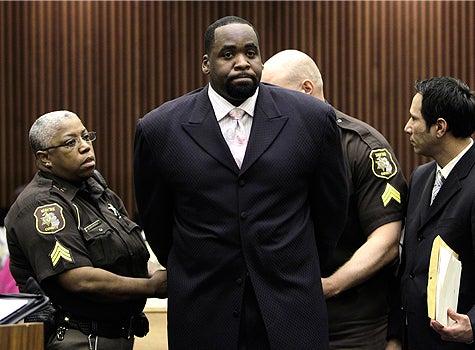 Former Detroit Mayor Kwame Kilpatrick was sentenced to 18 months to five years of jail time for lying while on probation and hiding money intended to repay the City of Detroit. “Your testimony in this court amounted to perjury,” Wayne County Circuit Judge David Grover told Kilpatrick, according to the Detroit Free Press. “…Probation is no longer an option. That ship has sailed.” Hours after his sentencing, Kilpatrick was subsequently fired from Compuware Corporation, where he had been employed since leaving jail in February 2009.