By Britni Danielle · Updated October 23, 2020
An Alabama newspaper publisher who recently penned an op-ed urging the Ku Klux Klan “to night ride again” has been replaced by an African American woman. Elecia R. Dexter has been named the new editor and publisher of the Democrat-Reporter after the weekly paper’s owner, Goodloe Sutton, published the inflammatory article, “The Klan Needs to Ride Again.” In the essay, Sutton suggested the Klan head to Washington, D.C. and lynch lawmakers. “Democrats in the Republican Party and Democrats are plotting to raise taxes in Alabama. They do not understand how to eliminate expenses when money is needed in other areas,” he wrote in the inflammatory editorial, before arguing the klan should “get the hemp ropes out, loop them over a tall limb and hang all of them.” 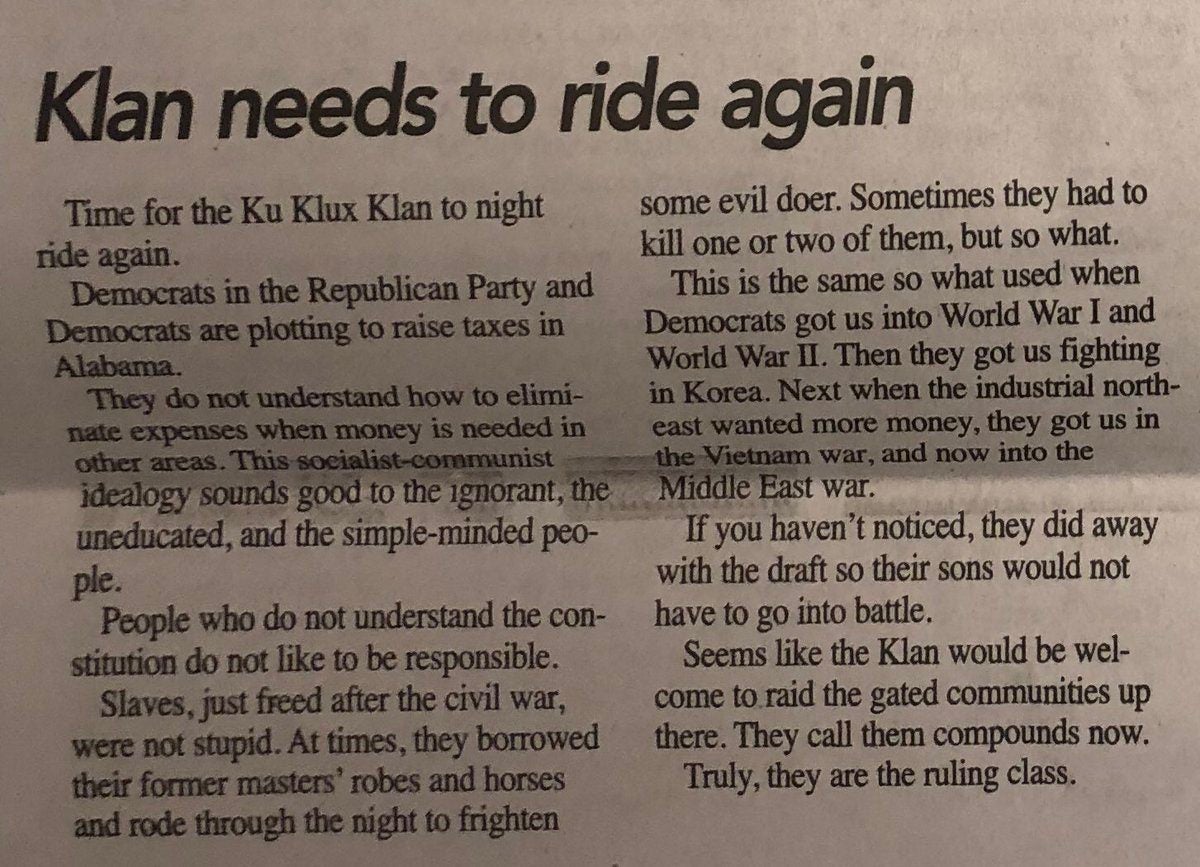 In a follow-up interview about the Feb. 14 editorial, Sutton downplayed the horrific violence of the KKK and compared the hate group to the NAACP. “Well, they didn’t kill but a few people,” Sutton said. “The Klan wasn’t violent until they needed to be.” This isn’t the first time Sutton and the Democrat-Reporter has come under fire. In 2017, the paper criticized NFL players who kneeled to protest racism and police brutality, and in 2016 it referred to former President Barack Obama as “the Kenyan King.” Alabama Senator Doug Jones blasted Sutton on Twitter, noting, “His dangerous views do not represent Alabama or the small-town papers in Alabama that do great work every day.” After years of problematic editorials, the circulation of the small-town paper has continued to drop, but readers are hopeful Dexter, a will be able to turn it around. Though Sutton will still remain as owner, Dexter told the Associated Press she “will handle everything else.”