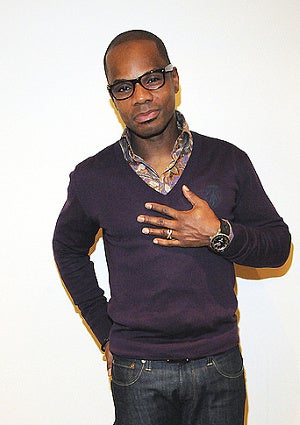 With 11 studio albums already under his belt, Kirk Franklin is coming back for more. The seven-time Grammy champ’s new “Hello Fear” album recently debuted on Billboard’s gospel chart at no.1 and no.5 on Billboard’s Top 200, breaking records for the fourth highest Gospel debut in SoundScan history.

A humbled and excited Franklin said he’s glad to touch so many people with his music — and he gives much of his creative credit to God. ” I am hopeful that ‘Hello Fear’ reaches the hearts of everyone who purchased the CD and helps them along their process of becoming who God would have them become, ” Franklin told Eurweb.com.

Since the big album release, the talented songwriter still stays busy. He’s now working on the new season of BET’s “Sunday Best” and don’t forget about his book, “The Blueprint: A Plan for Living Above Life’s Storms,” is also available.