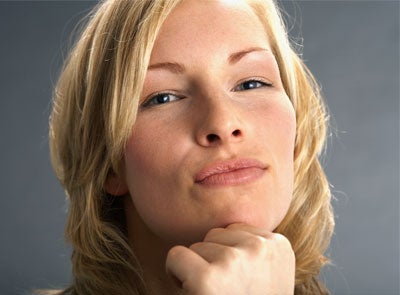 Um… I don’t know how to say this and make it sound PC, so I’m just going to make it plain: we got to stop putting White women on pedestals, y’all. I have nothing against White women; they’re as lovely as anyone else. No worse, and no better. They just are. But it seems there are some Black folk, including my sistahs who think that they are somehow better.

I was reading my favorite celebrity blog yesterday and clicked on a link of LisaRaye being interviewed by VH1’s Janelle Snowden.

They were talking “Single Ladies,” of course, but the conversation took an inevitable turn to discuss LisaRaye’s infamous marriage, which ended in fisticuffs and bite marks. LisaRaye, in her Southside do-or-die fashion, didn’t hold any cut cards explaining, more or less, that it was a business arrangement, i.e., she just married him for the money. Of course, the comments section went in, but there was a disturbing theme in the undercurrent. One woman just went on ahead and laid it out there:

“You will never see a white woman get on TV and talk this bullsh…, and most white women are Golddiggers, they no how to play the game! White women who are married to celebs no [sic] how to keep their mouth closed and get the money.”

Really? There was a time when you could assume with accuracy that it was some misguided Black man throwing around assumptions about what makes a White [wo]man’s ice so much colder, but as of late, I’ve noticed — it’s us, ladies.

A few weeks back, two Black publications published stories extolling the glory of how White gets it right. First up was Uptown’s “Why White Women Are Winning,” which broke down all the ways White women excel at love while Black women hopelessly fall short. (One of the tips was that Black women start looking for husbands in college, like there’s not a 5:1 ratio — that’s generous — of Black women to Black men on most campuses.) That was quickly followed by Madame Noire’s “White Women are #Winning, Step Your Game Up.” (And yes, that was the actual title.) That essay revived stereotypes and generalizations about Black women being unwilling to cater to their man and we’re “too mouthy.” Ladies! Where are we getting this mindset from and how do we return it from whence it came?

Let’s make this plain too: We are not White. And no good can come of us pulling a Pecola and equating White with right. White women-at-large have issues just like everyone else, and their lives aren’t some lah-di-dah fairytale that we should be striving to emulate. Putting them on pedestal means we’re putting ourselves and each other down. We want to get it “right”? It’ll never happen as long as we’re looking up and idolizing. How about we look across, finally, and see equals?

Demetria L. Lucas is the Relationships Editor at Essence Magazine and the author of A Belle in Brooklyn: Your Go-to Girl for Advice on Living Your Best Single Life (Atria). Pre-order her book now on Amazon.com.