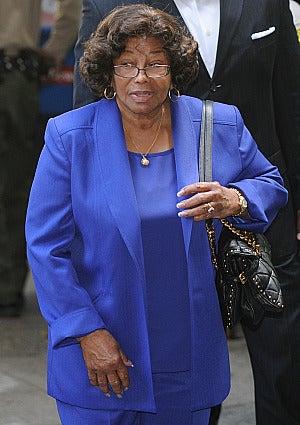 Katherine Jackson’s appearance on “The Oprah Winfrey Show” tomorrow is a must-see! The Jackson family matriarch opens up and admits to having confronted her pop star son Michael about his drug use. Katherine, now 80, told Oprah that she once tried to confront Michael about whether or not he was using drugs, long before his passing in June of 2009. “He denied it,” she told Oprah. “I was telling him that I didn’t want to hear one day that he had overdosed because it would break my heart. It would kill me. He kept saying, ‘Mother, you don’t believe me. My own mother doesn’t believe me.'” Joe Jackson has publicly chastised his wife in a British tabloid, saying Katherine could have done more to prevent their iconic son from spiraling out of control prior to his death last year. Joe said that he urged his wife to talk to Michael about his addiction, but at the time, she refused. The entire Jackson family interview airs on Oprah tomorrow, November 8th.